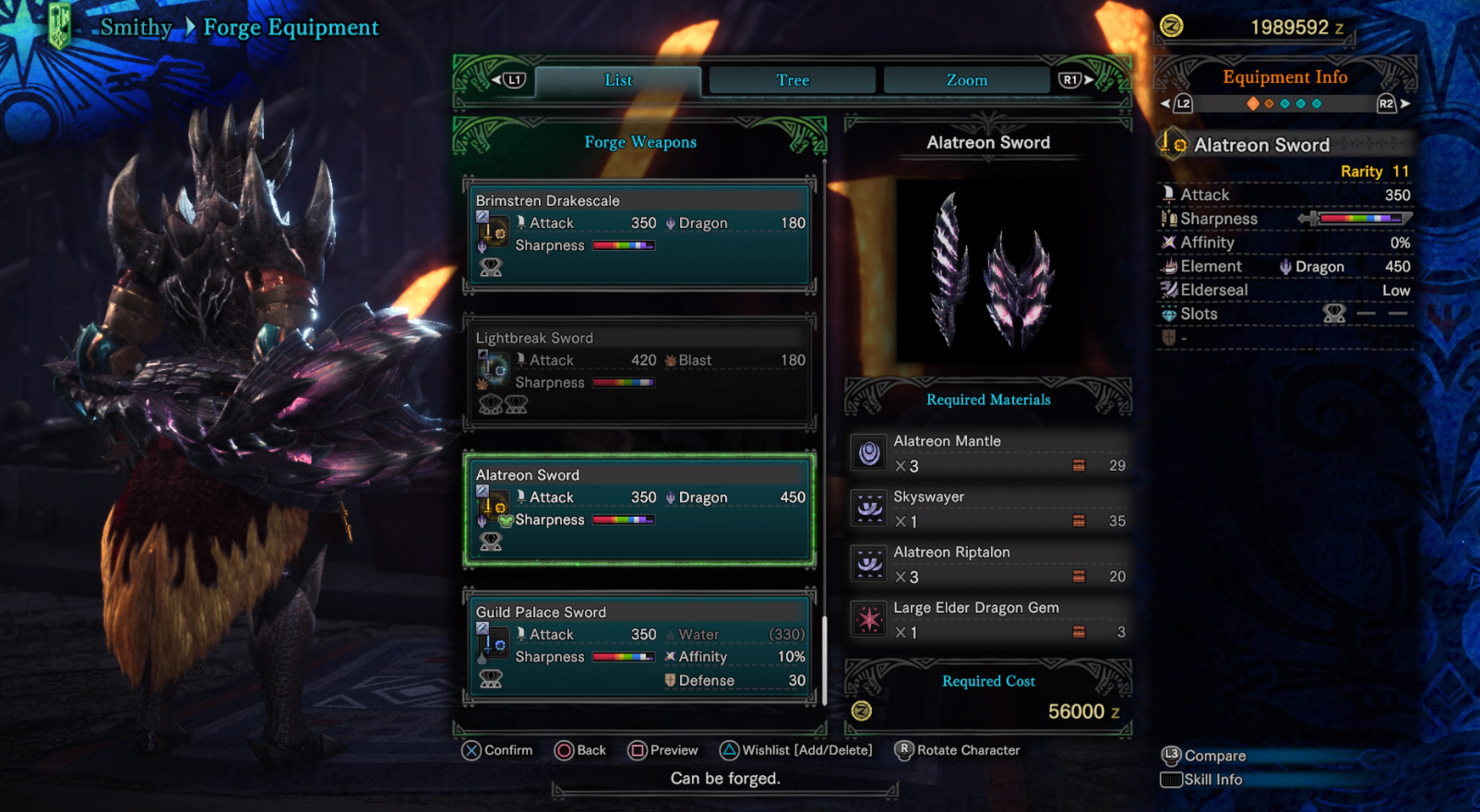 Before Fatalis updates on October 1, let take a look at all the SnS Builds in current MHW Meta.

SnS is still good for Elemental Damage in the latest meta (Alatreon) but prior to Alatreon’s appearance, most hunters prefer the usual Blast Raw Damage Build. This is mostly because of the boost to Perfect Rush damage (New Combo for SnS in MHW Iceborne)

The Perfect Rush end with a thrust that let you mount onto the monster Clutch Claw style. However, due to it’s long wind up, most players didn’t finish the full Perfect Rush combo and stop at the

You don’t need to perform the full Perfect Rush, but just utilize the power of the first three hits combo.

SnS Build is pretty similar to other melee weapons, you use two pieces of Brachydios Armor to unlock Agitator Secret. The rest is for Kaiser Armor (Teostra) for Master Touch.

This build is the easiest one to use SnS on. This build focuses solely on Raw Damage and enhances your Perfect Rush combo to a whole new level. Can be used universally almost on any monster.

Coalescence (Phoenix Jewel III) remains one of the easiest DPS boosts despite it’s kind of complex description. The boost at level 1 (Attack +12, Elemental Attack +30, Status Build Up + 5%) is enough for a good DPS build.

The rest of the jewels are your usual approach to any build:

Looking for a multiplayer friendly SnS build? This is your best option

With the fast attack speed of SnS and the buff to Perfect Rush, applying Paralysis can be a piece of cake with some practice. This build does not have the high raw damage compare to Lightbreak/ Safi’s Shatterfang build, but will make your teammates value your appearance.

Paralysis Proc can easily be applied on many monsters, and indirectly boost the overall DPS of your team.

Kjarr Slicer “Numb” is picked for Critical Element and its high base damage.

The boost of Perfect Rush damage did reduce the power of the previous SnS Elemental build. However, you will still need Elemental for Alatreon. So this can be your base set against Alatreon.

Kjárr SnS (The most common Alatreon build is Ice weapons, but his active form will change depending on the quest) remain the best weapon against Alatreon.

This build has lower defense compare to the current Meta build (Master Touch + Agitator Secret) but it is currently one of the best Elemental Armor set in MHW Iceborne.

This build can enhances any base elemental weapon. For the current meta, you can use Silverbosche (From Frostfang Barioth) with this build.

The biggest issue with this build is the jewels. As you don’t have the Master Touch treatment, you will need Handicraft and Sharp Jewel to keep up the DPS.

For Alatreon, Kjárr SnS are preferred thanks to Critical Element, but if you don’t have one, the below can do the trick.

The easiest one to get is the Frost from Frostfang Barioth, just a couple runs on this quest and you can craft one of these.

After beating Alatreon, make sure to craft Alatreon Sword – One of the best weapons to face Fatalis!