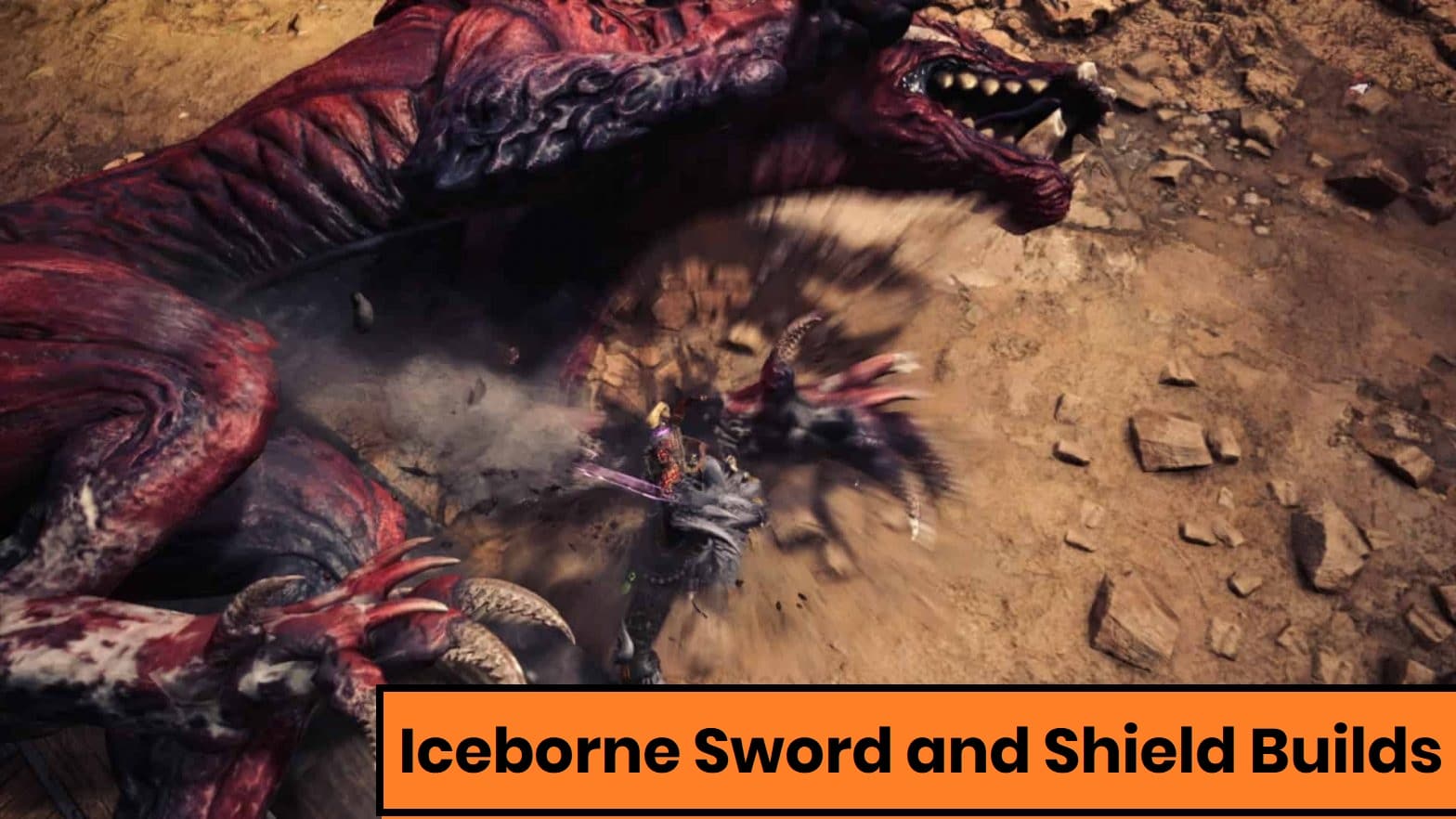 Currently, It’s the Perfect Rush combo with MHW Iceborne Release. Perfect Rush is a new move that come with Iceborne. To perform this, you need to first initiate the Leaping Slash, at the jump back the animation, press Triangle/Y/ RMB and follow the attack.

The trick with the Perfect Rush is the timing of the Triangle/Y button, you will need to time the press during the full combo.

The Shield Slam is still good! Don’t forget it. While the perfect Rush is the highest attack for SnS, to land all of the hits, the monster will need to stay immobilized for a while. In doubt, just use your classic Shield Slam

Just as any other melee weapon, aside from maximizing Affinity and maximize Critical Boost, you will need to have a decent Sharpness to keep the fight going. This will make a typical priority list for Iceborne Sword and Shield Build are as below

For a support run

Typically, you can still run a classic support build with Mushroomancer and Speed Eating. With the addition of new armor skill Free Meal secret (Tigrex & Brute Tigrex Armor Set), you can now use those Mega-Potion more freely without worrying about running out of items.

Offensive Guard – Is it matter?

Offensive Guard is a new armor skill in Iceborne expansion. Trigger when you perform the guard animation at the right time (a small window when the monster attack) This increase the damage (15% At Level 3)

This can technically can be apply to Sword and Shield, but due to the fact that SnS playstyle does not focus much on the Shield itself, it may take a lot of practice to make something out of this new skill. This armor skill is included in Lance/ Gunlance/ Charge Blade build though (Weapon with strong defense prowess)

So, yes, you can try it out for a SnS DPS build, but I won’t include it here.

If you need to check the materials for the SnS in below list, check out my previous post

HOW TO USE – While I already show the screenshot of the armor skill and Armor as well as Jewel on this guide, you may want to tune in and change some to test your damage.

I include a Builder Link Button in every build screenshot. This will let you navigate to Honey Hunter World MHW Builder tool – one of the best builders out there.

If you just starting out on Master Rank, your first priority is to get rid of the Defender Armor (If you used it to get through the base game) The typical Armor

The meta builds will include the Teostra’s Master Touch. This is to keep your damage always at the optimal level without sharpening.

From their on, your next goal is to reach MR 70 and fight the new subspieces of Rathalos – The Silver Rathalos and Gold Rathian. These beasts will unlock your next armor set as well as the best Poison Weapon in Iceborne.

Lunatic Rose is your go to weapon for this build.

Silver Sol Armor Set is your best pal here. This armor set give you True Critical Element with 4 pieces equipped. As Yian Garuga leg is fixed now, simply slot in the

The bonus? The alpha variant give you some Fire Attack Boost as well, if you are looking for a Fire build to wreak those Ice Monsters, you have the nuke in your hand

Below is a quick reference for other elements

This is for some nostalgia support build way back in MHW

I agree with one of the sayings in the meta discussion in Reddit – The best support is the one that helps the hunt faster. With the aggressive focus on Damage and Affinity in Iceborne, you don’t need to go all the way for the classic Support who just stands aside and eating Mushroom/ Potion like a maniac.

The build above utilize the Tigrex’s Free Meal’s Secret – This will help your support sustain longer. The Tigrex Braces was used mainly for Speed Eating. The Fungiform/ Expert jewels are used so you have some more options for consumable.

But given the wide range of Life Powder and Life Dust in Iceborne, you probably don’t need those skills. Finally, Agitator is used in case you need a quick damage boost during the long hunt.

For PC player, check out the road map for 2020 of MHW Iceborne here. The Safi’jiiva is a new Siege event and provides weapons that can be customized with different Armor Skills.

For Iceborne SnS, your comfiest one should be Safi’s Shatterfang. With all 5 Awaken abilities of Attack, you can reach 455 Damage with the weapon easily.

Along with Health Augment and Peak Performance, This build can carry you to the next release of Iceborne content.

The Sword and Shield build in this guide are mostly base on the current meta-discussion on Reddit sub /r/mhwmeta as well as my personal opinion on the build. Feel free to let me know what work and what can be improved!

Are you still think that MHW Sword and Shield is a support/ newbie weapon? Think again! With the buff of Perfect Rush in the most recent patch. The Iceborne SnS is definitely at its top condition right now!

Check out the full compilation of best weapons here

ethugamer February 7, 2020 No Comments
Best Iceborne Hunting horn in the current meta, including a guide on how to build with the Hunting Horn.
Read More
Related Posts