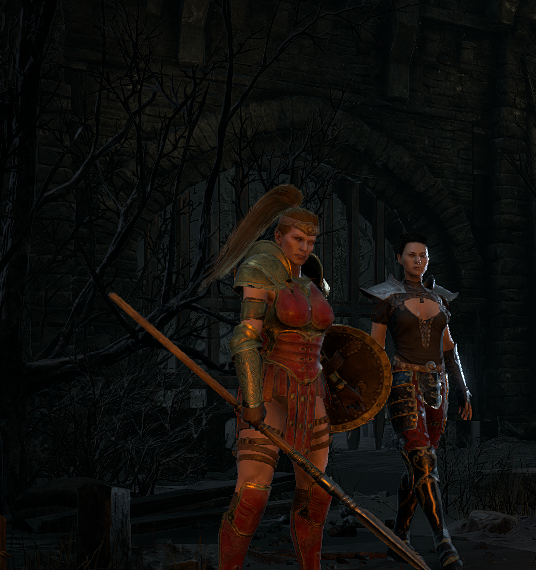 The Amazon is one of the best classes for new players in Diablo II since the original release. In Diablo II: Resurrected, this remains the same. If you are looking for a versatile and tanky build to start your quest in Tristram, consider giving this Lightning Fury Amazon Build a try.
This build is famous for it’s playability and doesn’t require a lot of powerful end-game gear. We included some variants of items on this build for your preference.

For Skills, any skills that are prerequisites that are not mentioned are all 1 point.

Lightning Strike 20 points. This is the final synergy to Lightning Fury, this would be your last place to dump all remaining skill points.

Pierce 1 point early on to increase your chance to pierce with projectile. This will enhance your Bolts
Valkyrie This is optional in case you want some protective minion.

Spirit – This is used on your Shield. This runeword provides an all-rounder boost to defense and a nice bonus to all skills. It is also a easy farm on Nightmare difficulty. A couple of runs on the Countess can get you this runeword in no time.

Chains of Honor For your Body Armor. This should be your end-game gear as the required runes are pretty hard to come by./
The Spirit Shroud A cheap option for this Amazon build
Smoke For your leveling during Normal
Peace Try switching to this runeword when you entered Nightmare

Below are all good picks for this build, all boots provide a nice bonus to speed and stamina
Sandstorm Trek
Waterwalk
Aldur’s Advance

Thundergod’s Vigor Your best option for this build, but it is super hard to farm for. This belt provide flat increase to your main skills and a nice bonus to all stats.

Before this powerful belt, any of the below is good enough.

For Gloves, you can use any rare gloves that has + to Javelin and Spear Skills and 20% Attack Speed. If you don’t have those yet, pick any of the below Unique gloves
Laying of Hands Huge boost to Fire resistance and nice bonus to attack speed
Sander’s Taboo Cheap and can be farm in Cow Level
Magnus’ Skin Also a cheap option

Same as other D2R Builds, a well roll Hellfire Torch and Annihilus are your end game target, but don’t focus on it too much as it’s luxury and quite hard to get.

A good Rainbow Facet with a boost to Lightning Skill Damage is good for this build. In some end-game build, some may use 4 Rainbow Facet to boost their Lightning Damage.

Titan’s Revenge This is one of the unique that you may need to farm for. It is a universal pick for almost any Amazon builds. It provides flat damage and +2 to All Skills as well as a bonus to your Spear skills, with a total of +4 All Skills for this build. The biggest downside is of course rarity of this weapon.
Demon’s Arch A cheap option if you don’t have Titan’s Revenge. The good thing
Call to Arms If you happen to find enough runes for this, this is also a good option.

The standard Mercenary from Act II is good enough for this build. Make sure to equip Infinity, Fortitude & Andariel’s Visage for your Mercenary.
Other runewords like Insight or Honor is also good pick.

Gameplay Guide & Tips
This build is quite easy to play and is superb for beginners as well. In Normal difficulty, just leveling with Stab and Power Strike. As soon as you unlocked Lightning Bolt, you can switch to this skill for leveling and increase it’s level throughout the game.
As soon as your reach Nightmare, try farming for some runes to equip your merc and yourself with basic runeword like Smoke or Peace. From here on you can use Lightning Fury and improve your gear along the way.