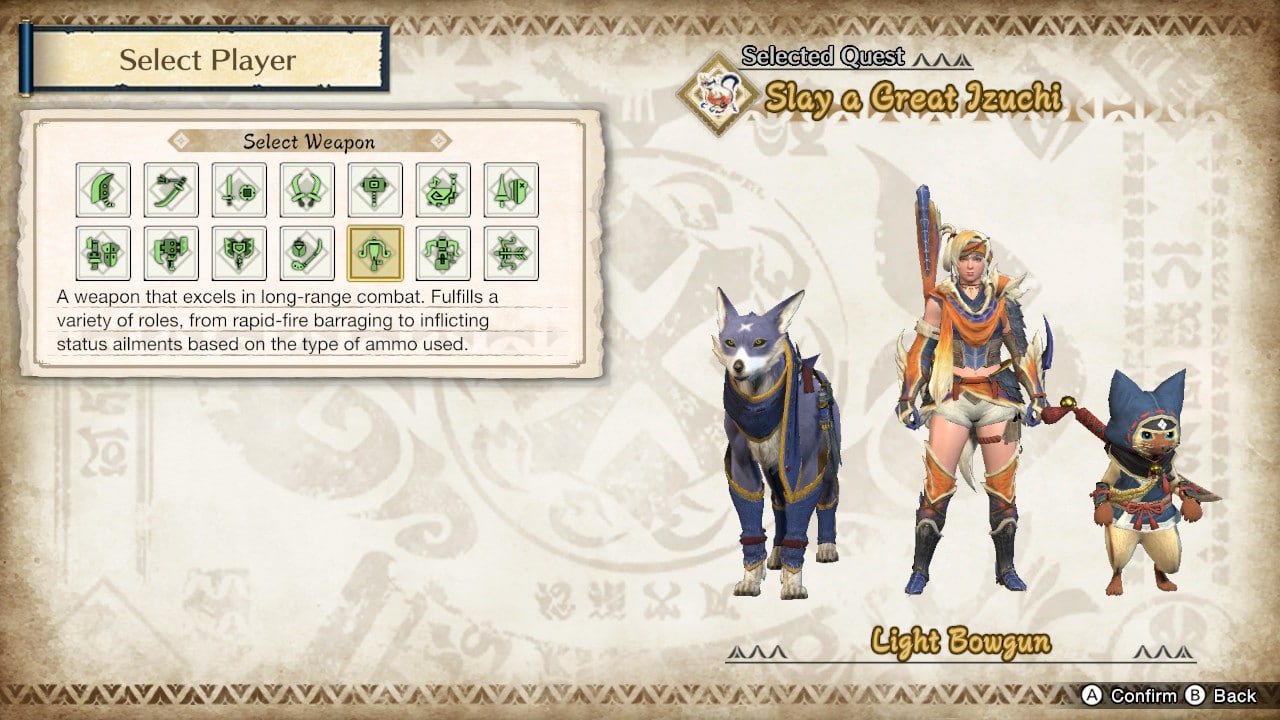 Light Bowgun was picked by many players thanks to it’s mobility and ease of use in past Monster Hunter titles. With the addition of Wirebug in Monster Hunter Rise, Light Bowgun has two new attacks that can significantly change your playstyle

The general control for Light Bowgun remains the same as in other Monster Hunter entries. You can place Wyvernblast with A, fire off with ZR and aiming with ZL.

The biggest change is the Silkbind attacks, you will need to using Right Button and X/ A to perform Silkbind Moves

Similar to Heavy Bowgun, during combat, your Wirebug control is the Right Button, as the ZL button is already used for aiming. If you have just switched from a melee weapon, this could take a while to get used to. Overall, it’s pretty intuitive after some time.

Fanning Maneuver can be treat as an alternative of Fanning Vault, instead of Jumping, you can now swiftly change your position on the groud. This skill also boost your Attack Power.

Depend on your builds an preference, you can follow with the classing Spread RF builds or something more orthodox like Sticky Ammo build for LBG

Remember to use your new Silkbind Attacks! Fanning Vault can be a great move to setup Wyvern Blast, or escape during a tight situation.

Silkbind Glide is your ultimate this time. This skill allow you to quickly close in and deliver a powerful attack.

ethugamer April 8, 2021 No Comments
A complete guide on Long Sword in Monster Hunter Rise. Long Sword is currently keeping the record for the best weapon for speed run. What …
Read More

ethugamer March 26, 2021 No Comments
Switch Axe Overview and Guide. One of the best technical weapon to pick in Monster Hunter Rise?
Read More

ethugamer March 26, 2021 No Comments
The best weapon for solo play? Charge Blade is back with the many quality of life upgrades in Monster Hunter Rise.
Read More

ethugamer March 26, 2021 No Comments
Your trusty Lance is back! Did you know you can know jump toward the monster endlessly?
Read More