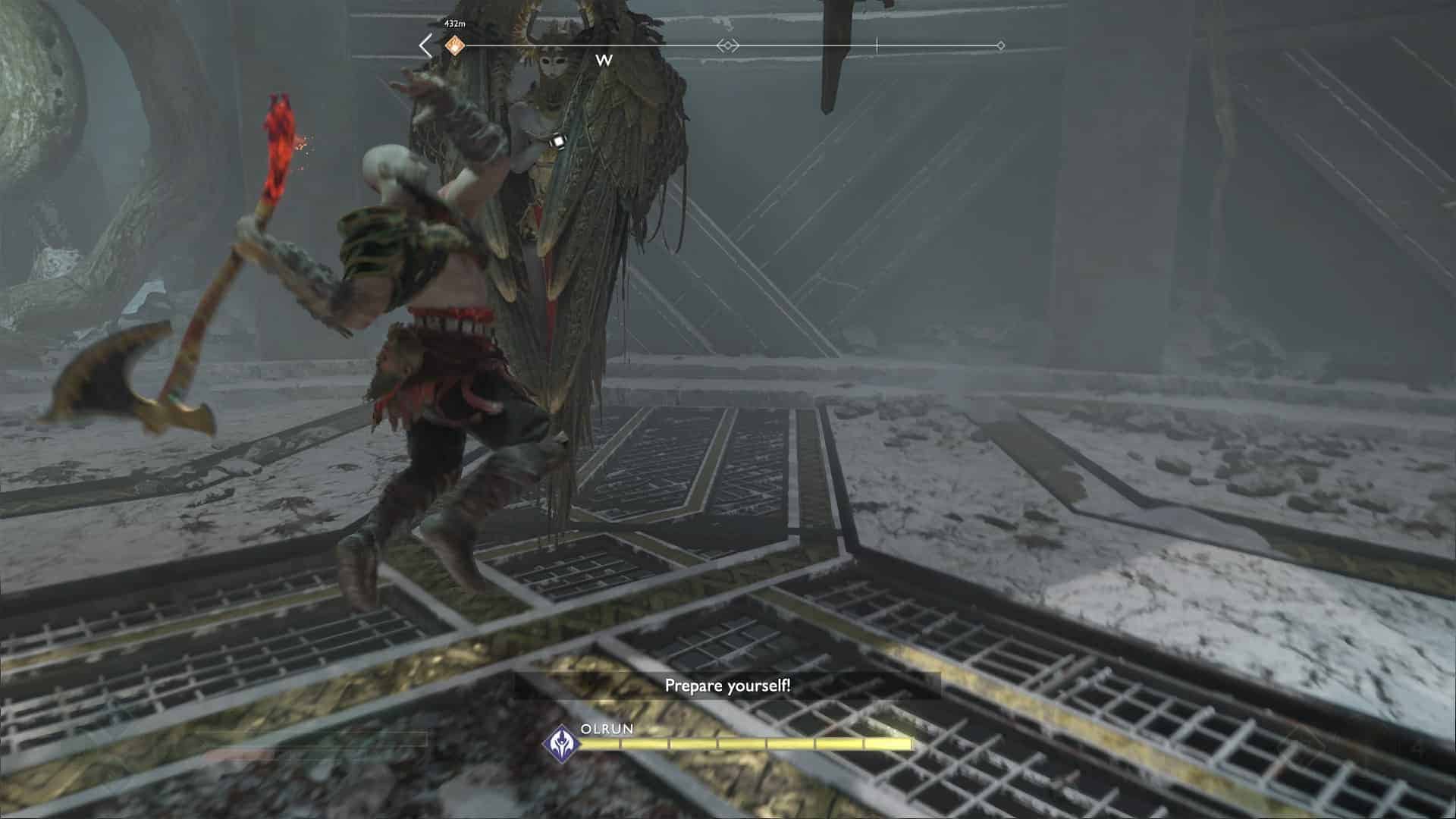 As you may already know, God of War this time is huge. The game favor the “semi-open world” gameplay, which you can explore freely yourself, but there are some limitation here and there, you will not see the vast maps with landmark and strange legend like other open world game, but rather a more personal approach when each location has a background to it, and you will have the chance to explore deeply to Norse mythology with Kratos & Atreus

Side story arc provide additional lore to the game world.

Most of these locations are accessed through “Favors” – how God of War call the side quest this time.

These story arcs are all carefully crafted and provide additional lore to the game world. One of the most memorable ones is the one about Valkyries, where you need to “free” the Valkyries that are trapped in physical form, and of course, at the end of this Favor, you will obtain one of the most powerful armor set and a bunch of legendary, epic items.

Each time you find a Valkyries, an HP Bar will appear…

Landing this feat will also net you the Chooser of the Slain Trophy – a trophy for freeing all nine Valkyries sisters, as sweet reward of course.

Your first encounter with these powerful goddess should be right after you claim the Chisel at the Giant Corpse, at this point, you will know that these Chisel will have the power to unlock those door with the magical seal (more like a mirror to me)

A type of “lock pick” in God of War

Upon exiting this area, you will see another Door, and be prepare for your first encounter with Gunnr. Facing Valkyrie the first time will be a challenge if you are not well prepare, but take this chance as a practice for the upcoming sisters.

After this fight you will know that their are total eight Valkyries, which mean you have seven left to hunt, for a quick summary, here are where you will find these sleeping “beauties”

Four of the Valkyries will be found in Midgard

The remaining four is sealed in other realms:

Most of these locations are not accessible the first time you visit them due to some blockers that require special items that can be obtained later game. So taking on these Valkyries can be put toward near  the end of the game, when you have the chance to freely explore the maps with no restriction.

How to fight them

In Norse mythology, Valkyries is the goddess to guide (or more precisely, choose – Valkyrie – Norse Mythology)the warriors who dies in battle to Valhalla. In God of War, the Valkyries are trapped in their mortal (physical) form and has been long corrupted and neglect their duties. However, they still keep the same fighting prowess and can give Kratos & Atreus some nail-biting experiences.

All Valkyries share some basic moves and each of them are capable of some different attacks, getting used to these patterns is the only way to defeat them.

All Valkyries are capable of these moves and will incorporate these into their attacks pattern.

Notes: These flying attacks can be easily countered by throwing Leviathan as soon as the Valkyrie fly up, this will stun them and causing the attack to be interrupted, however, try not to spam these axe throws as you will be caught off guard.

This time the Special Attacks are also available to Sigrun, and she will use it a lot during the fight.

These attacks are only used by some specific Valkyries (Goldul, Hildr) or shared between some later sisters, all are very powerful.

Having trouble with Hildr? Check out my fight below:

Prepare for the battle!

Valkyries are all formidable foes, prepare yourself before facing these goddess is a must. Some tips to help you have some easier time getting those helmets:

After defeating three or more Valkyries, you will trigger the quest line to recover all eight Valkyries helmet and placing them at the Valkyrie Council. What will happen after all eight helms are placed? Find out in my next post!

God of War – Muspelheim – The Realm of Fire
Comments