God of War – Muspelheim – The Realm of Fire 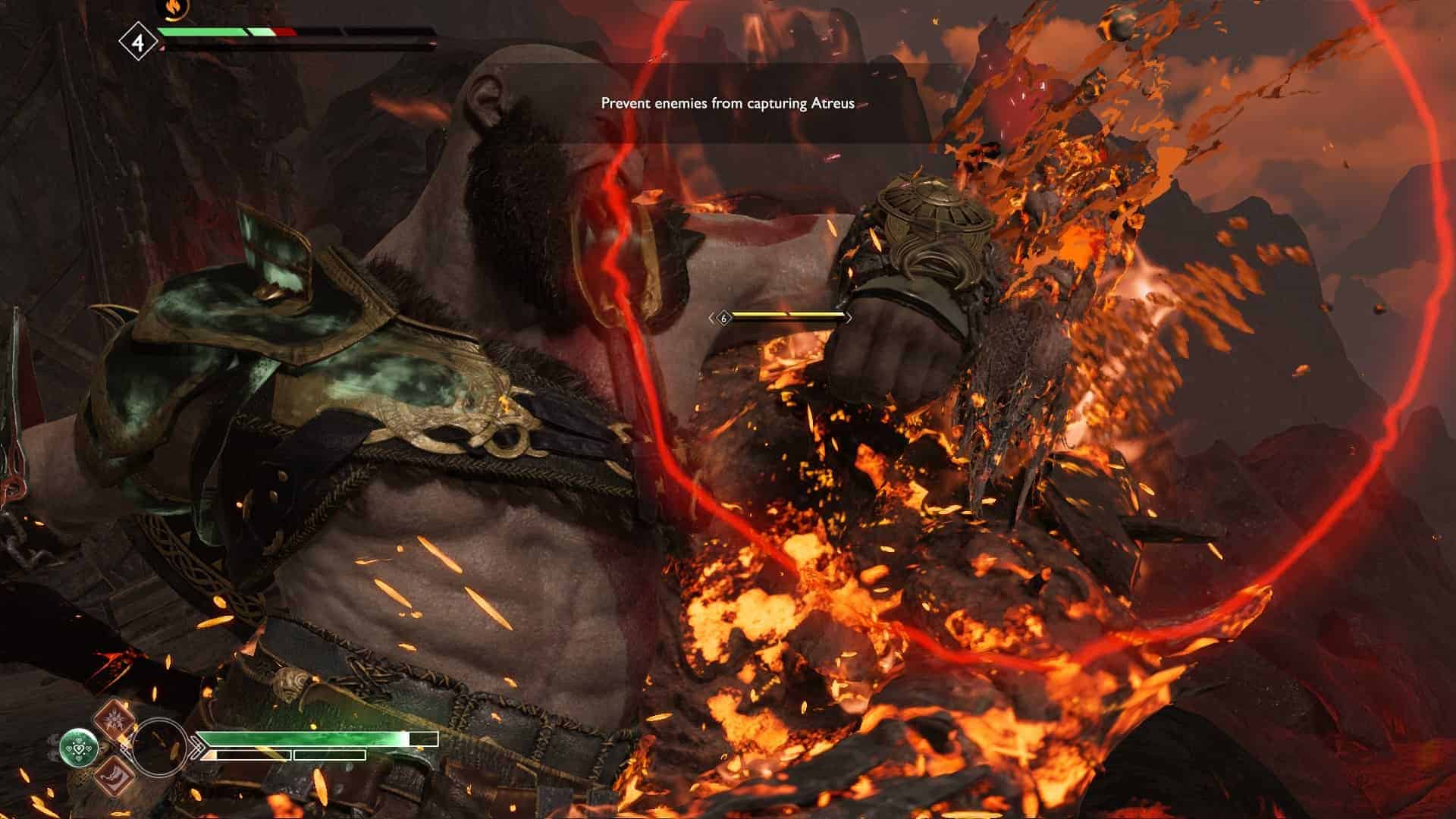 During the first few hours of your journey. After the encounter with the World Serpent, you will be introduced to Bifrost a “bridge” that connect all the nine realms. There are nine realms in total, and six of them will be unlocked through your journey. But two requires some effort to locate the items needed to access – Muspelheim & Niflheim.

Muspelheim – The Realm of Fire

To unlock Muspelheim , you will need to collect four of the Cipher Pieces around Midgard. The guide to collect these ciphers are all around internet 🙂 I won’t rephrase here, let’s just focus on what is in Muspelheim.

But I suggest keeping finding these small pieces as a joy to explore the game. Some hints though – you will get these if you explore every nook and corner during the first half of the game – when the water has been lowered by two levels.

This is the realm of fire in Norse mythology. This also is the land of the fire Giant Surtr where he holds his powerful flaming sword and calmly waiting for Ragnarok. He is not appear in God of War though, if you want some reference, he is the first boss in the latest Thor film :).

Muspelheim in God of War retaining the same background, but is adding with a twist. There are six challenges that you need to go through to claiming the rewards here.

Collect your reward after each trial

Muspelheim also contains the materials needed for the Smoldering Set and one of the nine Valkyries(God of War &#8211; Valkyries and How to fight them) can be found here.

The challenges are pretty straightforward for some of the hardcore action games players. But It’s still capable of giving some decent challenges for the Ghost of Sparta.

Some of the classic arena challenges can be found here:

However, you will need to take note these key challenges:

Most of the challenges will be a lot easier if you know how to deal with the enemies types, here are some tips:

Another powerful skill including an area attack (when he holds out a skull) that cannot be interrupted. Better bring up your shield immediately when you see he does this animation.

These foes will not flinch when attacked, don’t be cocky on your approach

Variation of Traveler. This guy is fortified with a gigantic shield behind his back, which deflect all the attacks

Capable of delivering combo attacks. Your first stop of strategies is to interrupt these guys when they appear, or better, deflecting their attacks with your trusty shield.

These guys are upgraded with explosive. When their body glow red, simply throw an ax at them and see they fall. Avoid fighting them at this stage at all cost

The “bulky” version of Draugr. These guys appears in the challenge where you need to prevent Atreus from being grabbed. Disrupt them with axe throw.

After all these challenges, you finally climb up the highest Muspelheim mountain. Suddenly, there aren’t any familiar sword here but a strange figure…

There is no big sword, but what awaited us?

Well, if your already familiar with the world in God of War at this time. This is one of the most familiar enemies – the Valkyries. Here in the peak of this mountain, sleeping and waiting for someone to release her from eternal slumber.

This is Gondul, one of the eight sisters that have been trapped in the mortal body.

A Valkyries with fire attacks… how convenience

Well, it depends on the above outcome – if you win the battle, you will earn some powerful items and one of the most powerful materials in the game.

A Flame to upgrade a powerful weapon… what could it be?

But it does not stop there, you will also unlock the final sword, and all the challenges before will be reset. Which mean you still have challenges to prove and rewards to take. This also reward you the Fire and Brimstone trophy for completing all the trials of Muspelheim.

God of War – Niflheim – The Realm of Fog
Comments