It’s been a while since my last post for Nioh, look through my gallery, I noticed I did capture several screenshots in my last playthrough in the final DLC. Given that Nioh has stepped to PC now, let take a look at the final DLC so PC gamer can have some more info and wrap up the story of our western Samurai (of course – not you guys, who still stuck at the Abyss trying to un-defile the weapons, hehe )

THE END OF THE JOURNEY

Continue after the end of 2nd DLC – Defiant Honor – NIOH – DEFIANT HONOR – REVIEW William continue the pursue to Osaka Castle and facing his last challenge, the legendary nine tails fox in folklore, and her revival son. 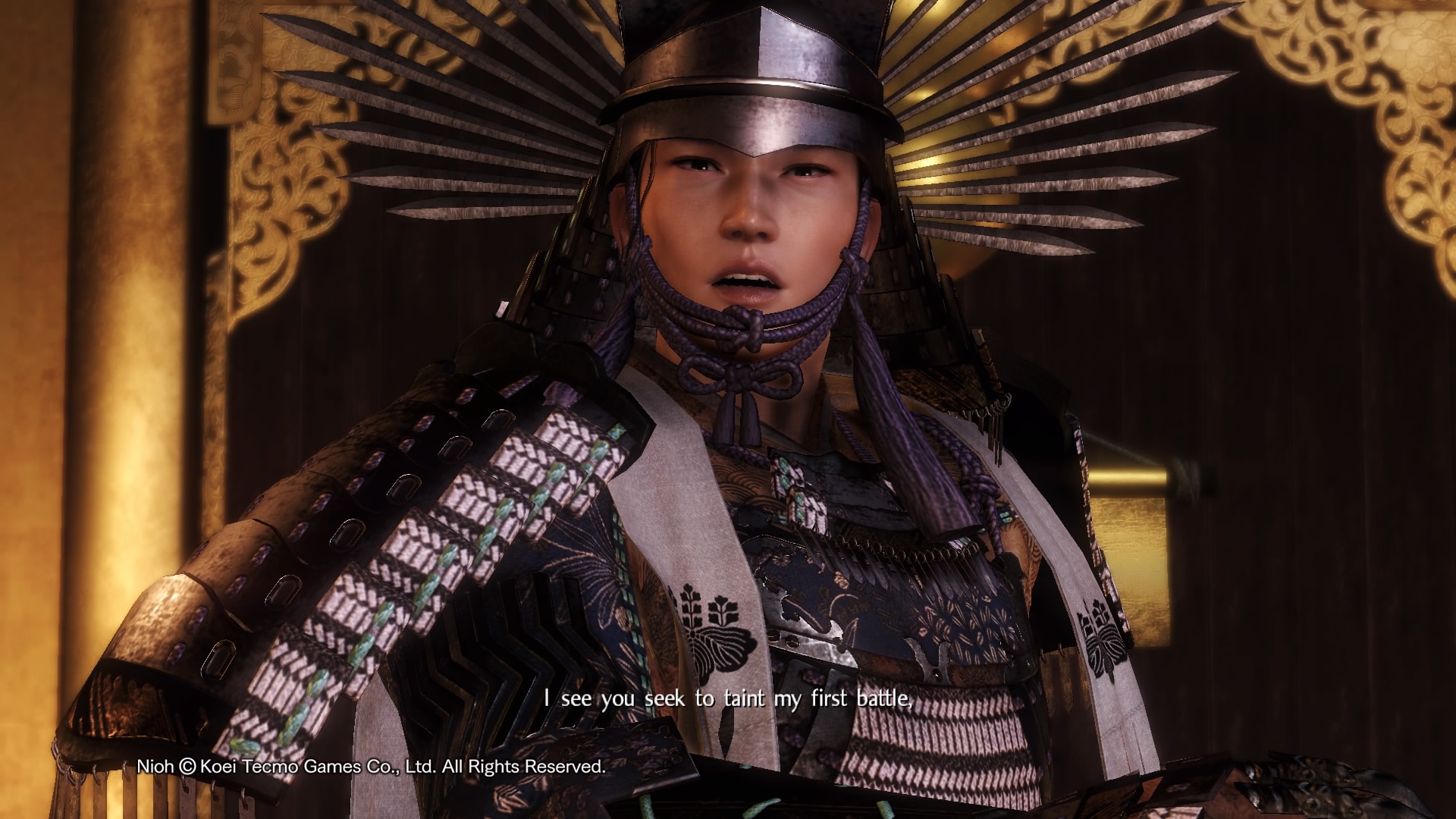 Again, the story is not of exellence writing but rather cliche at some points. However, it still manages to deliver a touching story. If we take a different view at Nioh three side stories (Dragon of the North, Defiant Honor & Bloodshed end) we could see that Koei Tecmo is potraying the life and fate of several society class and roles in Japan during the endless battles – The Warlord, the honour Samurai, and lastly the woman that was left behind.

Bloodshed end is a tribute to the often-neglected story. The fate of the woman in the war, Lady Chacha (aka Yono-dono who is a concubine of Hideyoshi Toyotomi) Who lost everything from her family to her status due to a battle she doesn’t know the purpose, a heart that was scattered several times, finally become a vessel for the yokai. 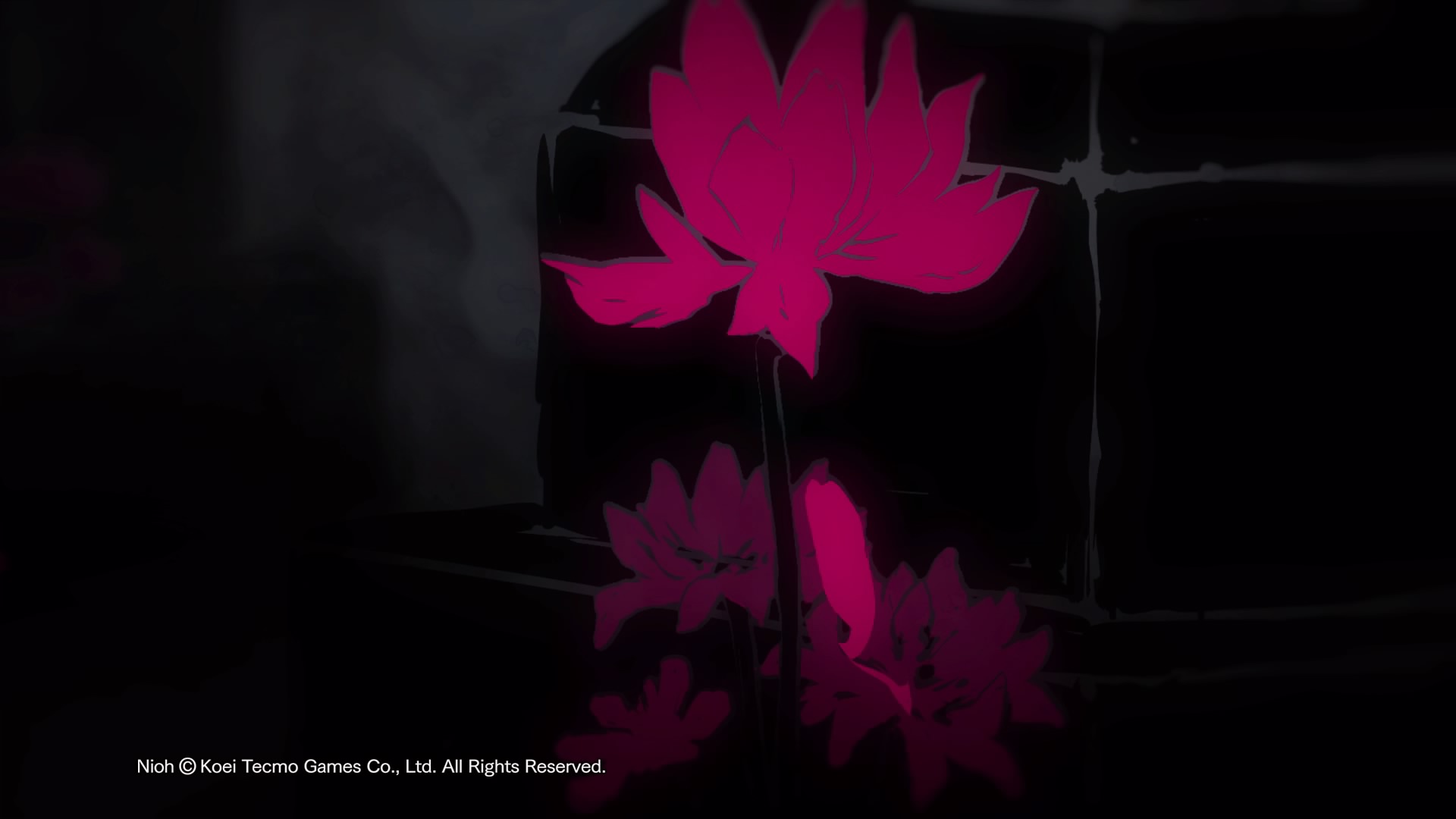 Flowers – a symbolism for the woman over centuries, has been excellently used as a metaphor here

We normally praise Nioh for its gameplay, but put aside the disjointed pace, every cut-scene in Nioh completes its mission quite successfully. I must admit that the last cut scene of Bloodshed end did strike my feeling the most.

Just like the first 2 DLCs, Bloodshed end bring up around 3 hours of story content, this will double up in case you spend the time to collect Kodamas & hot springs.

But we all know what to expect for each new DLC – new difficulty and loot drops. This time, as most of the fan expectations, the final difficulty is called Way of the Nioh, and coming along with this is the increment in level cap (both your William & Guardian Spirits) and stat.

Prior to this DLC, an update was delivered, 1.18 (currently 1.21 already) At first many fans were disappointed that there is no teaser of a new weapon type, but Koei Tecmo bring in a big surprise by enhancing the previous skill tree with several flashy skill NIOH – UPDATE 1.18 – (PHẦN 1)

I would admit that this is a smart change compare to the new weapon type – instead of learning a new weapon, this change helps open up new play styles and build for the existing weapons.

If last time we were introduced to Kojiro and his lighting fast odachi skill, this time Koei Tecmo brings us a long-awaited guest 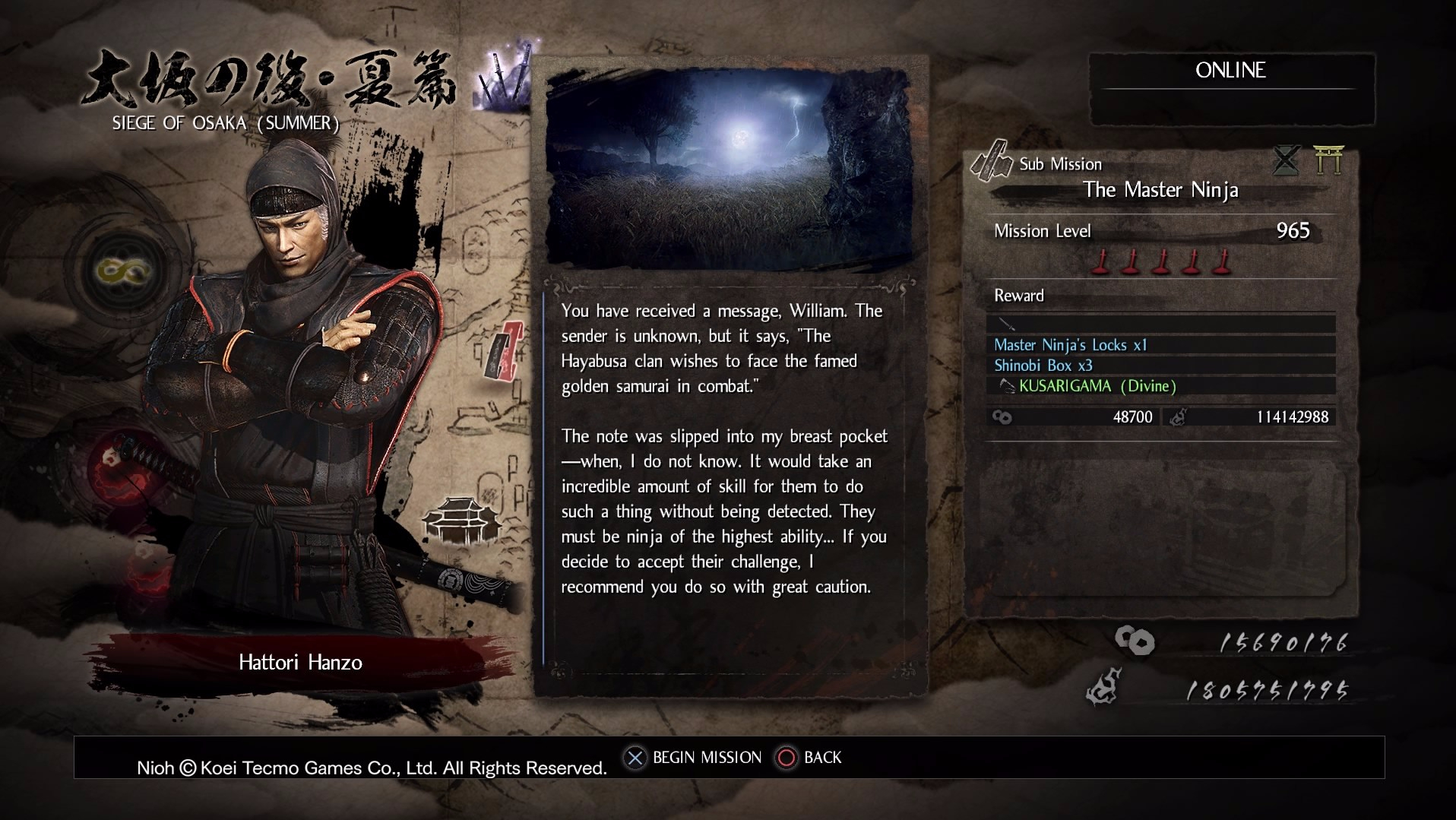 Finally, the “Killing strike” from Koei is the Abyss mode, a classic survival mode that brings us to the depth of hell to fights with several bosses and combination in the way you could never imagine.

Of course, you are not fighting Yokais with stick, by raising both the stat cap and equipment upgrade limit, with around 20 hours of grinding, either alone with the infamous LW build NIOH – BUILDS – THE MAN WITH THE GUARDIAN SPIRIT – LIVING WEAPON or with some friends, you can still be able to overcome Nioh hardest challenge.

The new Guardian Spirit is quite unique, but it also become a routine now, this DLC only add one more to the pokemon roster, which in turn can be combined into some unique build. 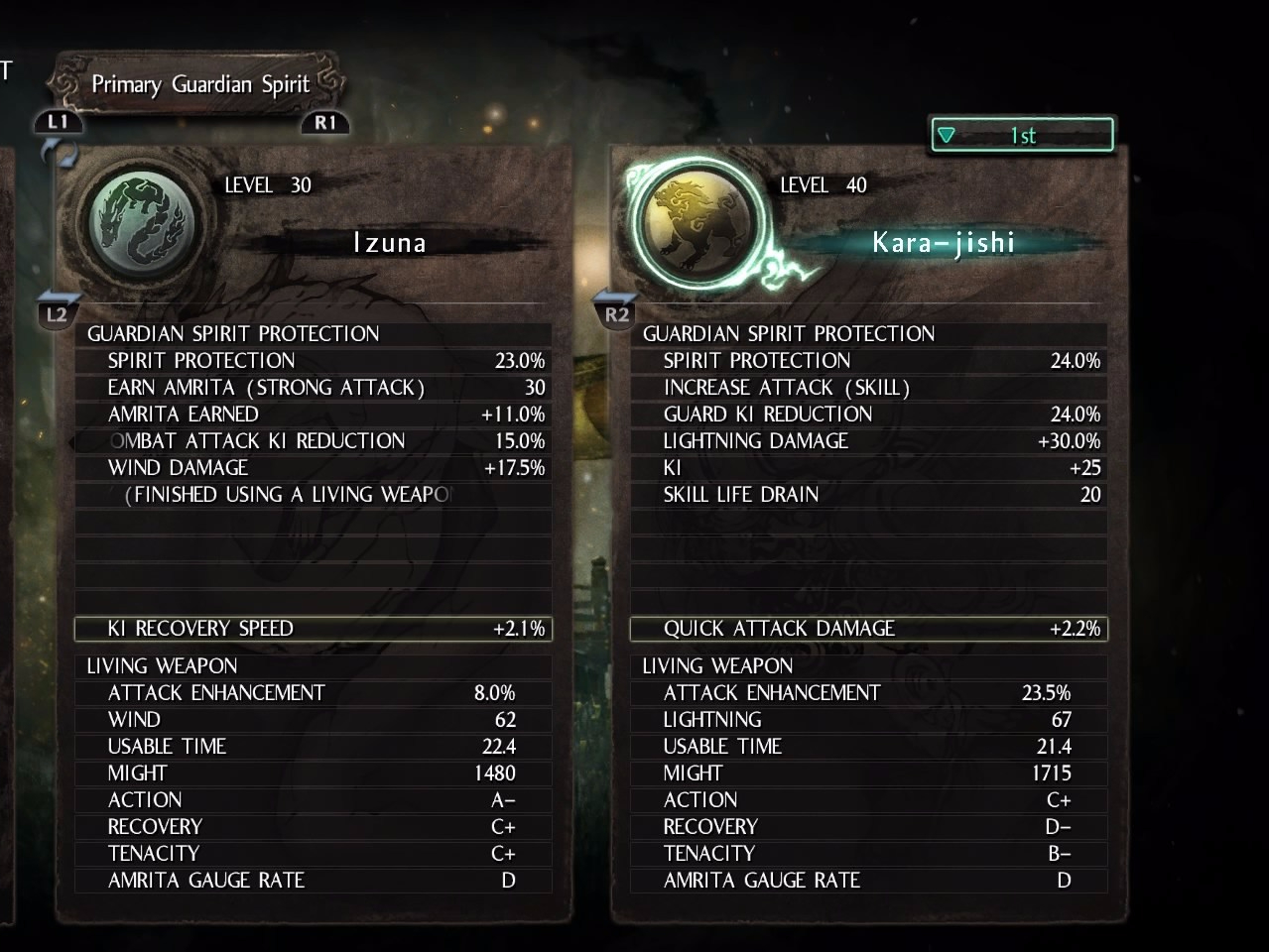 As for the Yokais, … New types were introduced with some very badass design and moveset. However, there are chances that you cant see their skill because you grinded too much in the last update and crushed them in 2 blows 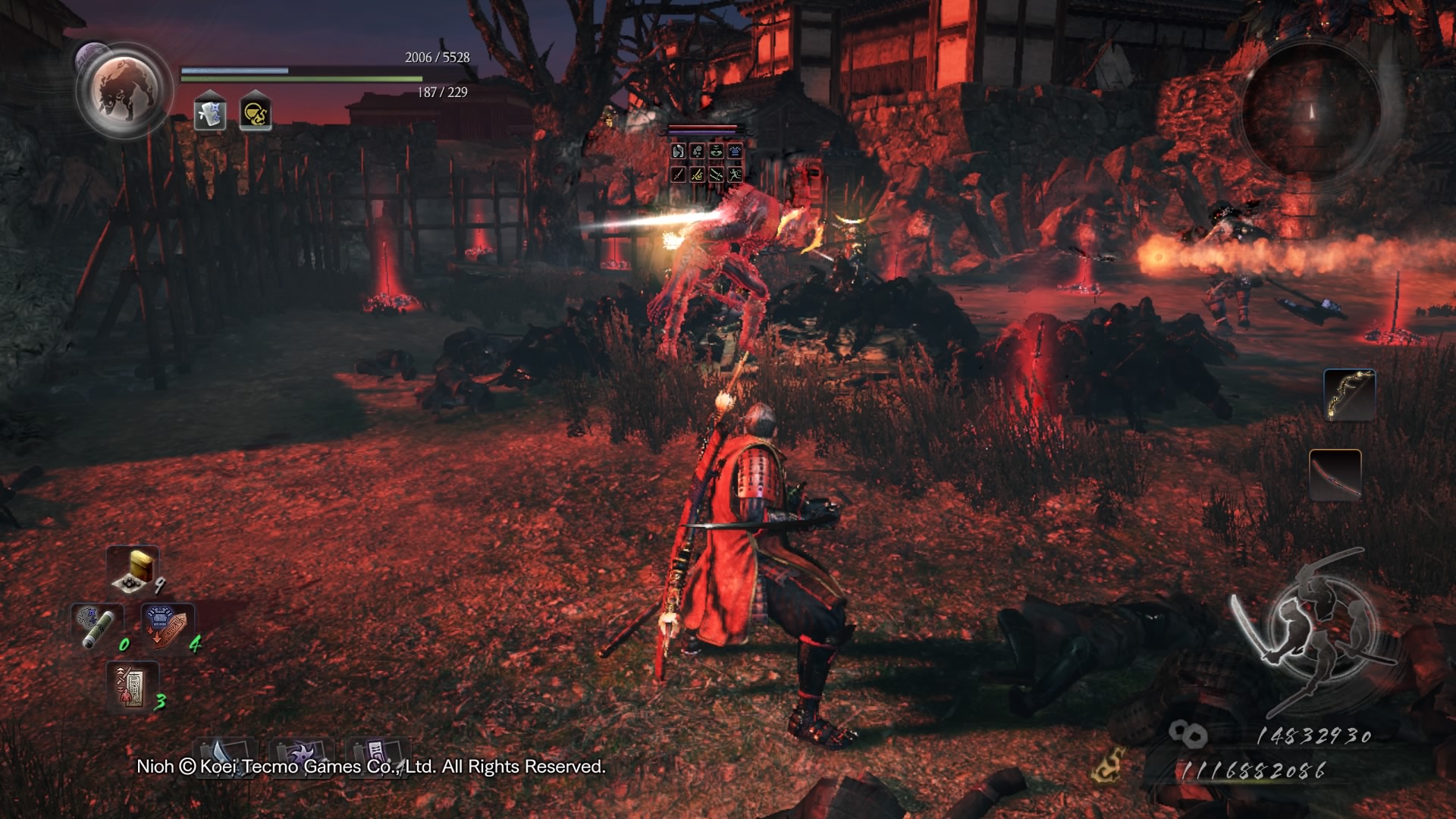 There are some new types of Yokai

Bosses also complete their role as well, for the story, Sanada returns with some changes in move set, but a small spoiler, the last boss is a big difficulty spike if you are not over leveled.

Protect this country from shadows? Easier said than done bro

We must admit it now, Nioh in the end… Is a grinding fest, not going to lie, it does bore me at some points, I have stopped playing for nearly 3 months now. However, the dual elemental dual katana caught my attention

But thanks to the dynamic gameplay and art design, Nioh is still one of must-have titles for action fans. I still remember the first time I hazed the sh** out of the revenants and those so-called masters in Marobashi.

I do see it has some potential in storytelling if the developers can fix the disjointed pace between missions. A good news for us fan is that Nioh stepped to PC now, which in turn can generate some quick cash for Koei Tecmo( put aside the cracking situation of course) so we could see Nioh 2 is not so far on the horizon.

I will continue to share some more builds after the comeback but will need to stop at some points, I don’t believe I could spend hundreds of hours more to cross 999 stage of hell 🙂

Till Nioh 2 is tease, hope all the Nioh community still active and… Welcome PC players!

About Space and World