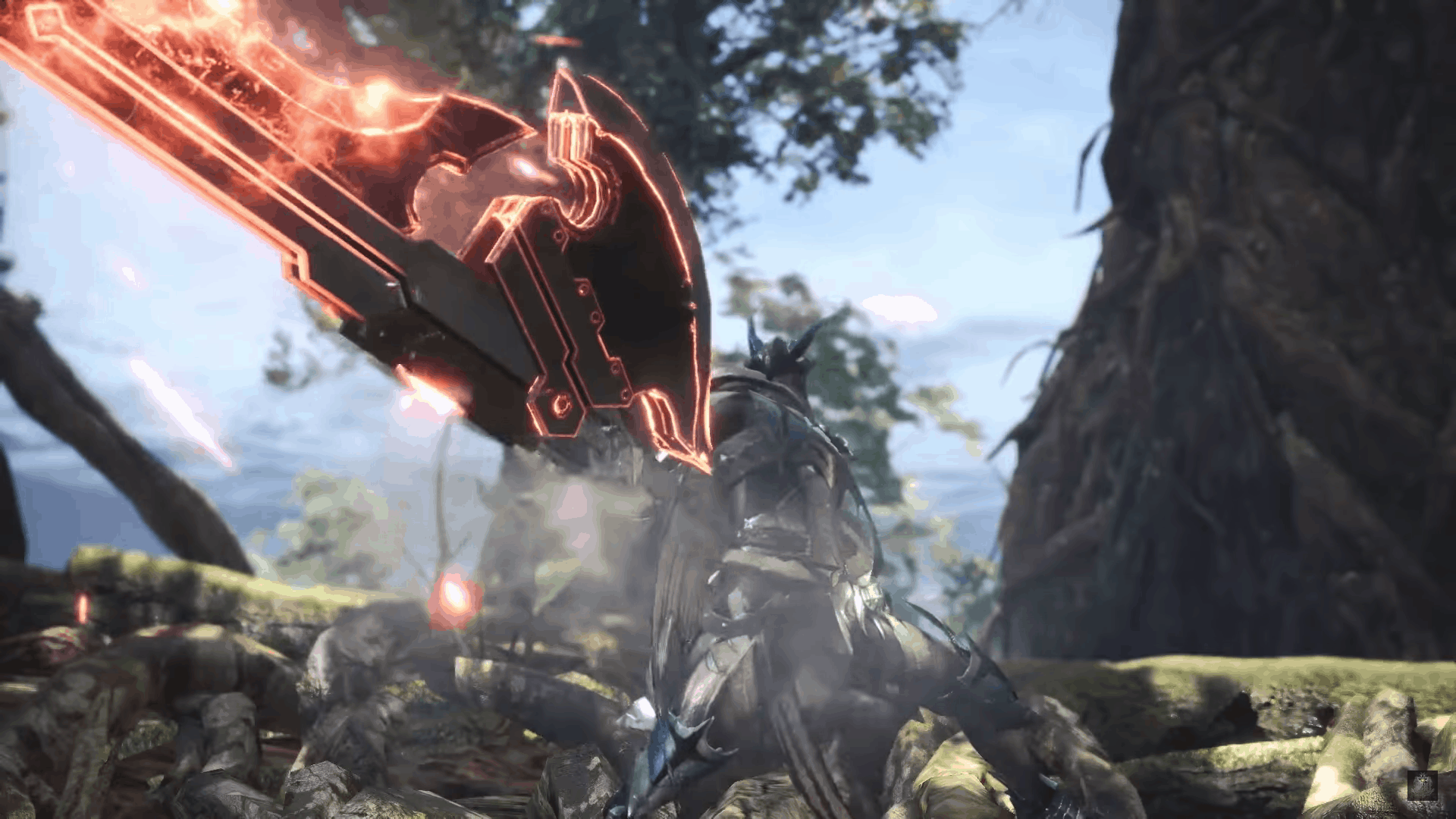 The list below will also include the new move Zero-Sum Element Discharge (ZSD) This is a new move incorporating the Clutch Claw to unleash a powerful blast while clutched to the monster.

With this addition, this is a new way to deal more DPS with Switch Axe

These Switch Axe has Power Element phial instead of Power Element ones and normally has more base damage than their elemental counter part.

1015 Damage 15% Affinity 390 Poison. This is one of the highest Damage Switch Axe in the weapon tree, with the addition of Poison, this alone makes this weapon one of the best DPS Switch Axe in Iceborne.

This comes from Angry Ape Rajang and starts off with 1015 Base Damage, while it does have some Thunder (90) The lower number making it more suitable as a Raw Damage Switch Axe instead.

One of the best looking Switch Axe, and also a powerful one. Making from Ruiner Nergiganter, Ruinous Light come with 1015 Damage and a small amount of Dragon Element (210)

For elemental Switch Axe, you will need those that have power element phial, as this will empower your Sword mode attacks and increase element damage.

This is similar to Charge Blade, which has Impact and Power Element Phial

A straight upgrade from the Anjanath weapon tree, the Lohenbeil has 600 Fire element with 945 Base Damage.

This is combined from both Velkhana and Legiana’s material, the new monster of Iceborne. The 540 Ice Damage comes with 840 Base Damage. The amount of sharpness on this one is also pretty impressive as well.

Zinogre Switch Axe. This comes with 420 Thunder and 875 Damage. While it takes a while to craft (After the story) This is a pretty good Lighting Switch Axe for those Wyverns (Rathalos…)

840 Base Damage 549 Water Power Element Phial. Not much to said about this one, except it is a good one for monsters like Anjanath or Teostra.

The new Blackveil Vaal Hazak provides you a 510 Dragon Switch Axe with Elderseal.

The base damage is the standard 875 version. Finally, this has two level 2 jewel slots.

All Safi’jiiva Swith Axe starts off with 945 Damage and 5% Affinity as well as one level 4 Jewel Slot. The Safi’jiiva weapons will change appearance at awakening level 23 as well.

The General-purpose should be the Safi’s Shatteraxe with Attack VI and 4 Attack V.

While elemental Build is mostly associated with fast-hitting weapons like Dual Blades or Insect Glaive, Iceborne Switch Axe is also a heavy contender. This is due to the nature of the Element Discharge attack (both the classic and the new ZSD) and the Power Element Phial (PEP)

For an elemental build with Switch Axe, once again you will need the Silver Sol Armor set (Silver Rathalos) This unlock True Critical Element with four pieces of the armor. Next off is to pick any Switch Axe from the list above as they all have PEP.

The remaining will depend on your liking, either something to boost WEX like Rajang Helm or a quick boost to attack like Brute Tigrex is good to go.

For raw damage, the best one currently is Golden Crescent. With the addition of Poison, this out damage all other raw contentder when the monsters are weak to Poison as well.

The other variant of this build is to switch between Ruinous Light or Undying Axe. This is only when the monster is immune or Poison resistant.

Finally, if you later got your hand on the Safi’s Shatteraxe, you can switch the above weapon as well.

All my guides are crafted base on discussion and content on r/MonsterHunterMeta, you can check out the compilation of meta build here, and on Safi meta here.

The Switch Axe this time got a quick upgrade to the arsenal of moveset and also power up its gameplay in the process. If you prefer the classic raw damage meta, start off with the Shara Ishvalda’s Switch Axe (Broken Silence) and upgrade to Undying Axe.

Your next goal is the Ruinous Light and the Golden Crescent. If you prefer to hunt with spark and color, pick those Power Element Switch Axe like Lohenbeil or Deep Lagoon II and wear up the Silver Sol armor.

Finally, don’t forget the dominating Red Dragon with Safi’s Shatteraxe – currently the comfiest Switch Axe with the ability for customization.

Check out my other 14 weapons guide here.

ethugamer May 10, 2020 No Comments
Want to stop bashing the monster skull and playing some melodies for the team? Or doing both at the same time? Check out the current…
Read More

ethugamer May 10, 2020 No Comments
What is the current Heavy Bowgun Build meta in Monster Hunter World Iceborne? Check out all possible Heavy Bowgun builds as well as the best…
Read More

ethugamer February 7, 2020 No Comments
Best Iceborne Hunting horn in the current meta, including a guide on how to build with the Hunting Horn.
Read More
About ethugamer