To start off, let take a look at the latest weapon design contest winner! The

Below is a quick list of the current best Charge Blades in Iceborne. For more detail on each of the Charge Blade and a guide on making the best build in current meta, read on!

You can never go wrong with a Jagras weapon. This is basically the case here. As soon as you finished the battle with the introductory monster of the new map. Jagras weapon is pretty easy to craft.

As this is a non-element focus weapon, your meta relentless build is still viable and can be used effectively until the appearance of monster-like Tigrex. The Tigrex marks a new phase of the Iceborne journey where you need to face off with the classic monster.

If you still love the classic Elementless build (Diablos Tyrannis II) You can get back all that feel again with Thanatos Force. Upgrading directly from the Diablos tree, this weapon keeps the classic -30% Affinity in compensating for 1044 Damage (Highest in the base Iceborne)

Surprise? Yeah, I am surprised too, about half of your journey on Master Rank, you will begin to face the like of Brachydios and Glavenus, which is weak to Ice. With just two or three runs on this Lavasioth cousin, you can have yourself an elemental Charge Blade that can keep those monsters at bay.

Starting off with 390 Fire Damage & Power Element. This Charge Blade comes with 936 Damage.

This takes the spot as the best Dragon Charge Blade with 420 Dragon elements. It also comes with 900 Damage and 0% Affinity.

One of the coolest looking Charge Blade in the game. Crafted from nonother than the Blue Lighting Dog Zinogre, this weapon requires you to finish the Story mode and unlock the Guiding Land.

But it is by far the best Lighting Charge Blade in Iceborne.

Start off the list is the final boss Charge Blade. This one makes off the list thanks to it’s a powerful design and hidden element. With this, you can easily used that Elementless jewel again for your build.

This is upgraded directly from the Saber Maw II, and is another charge blade that

All of Safi’jiiva Charge Blade starts with 972 Base Damage and 5% Affinity, Level 4 Jewel slot.

Advancing to Master Rank in MHW does not make a Charge Blade build cheaper, you will still need those Magazine/Artillery jewels (Hell, now with the Level 4 Jewel upgrade, getting the Level 4 Artillery jewel is basically your life now)

However, during your progression, mixed sets are still a good way to go. With the introduction of returning monsters like Brachydios and Glavenus, you also have several new sets that can help to go through Iceborne story mode with Charge Blade.

This is basically a good start to finish the main storyline. You still have several slots for Health, Attack, Defense bonuses.

With the introduction of the Offensive Guard armor skill, The Charge Blade can now utilize this new mechanic to boost the damage even further.

For almost all end-game or professional build, Offensive Guard is always maxed out.

With the focus on elemental damage of Charge Blade, several hunters have come up with a new playstyle for the Charge Blades, if you prefer blasting out with Power Element, pick up the Melting Grasp and start with the below build.

As soon as you unlock the Master Rank version of Zora Magdaros – It’s time to test out the Artillery Select. Three pieces of this armor will give you a quick boost to Artillery Level 5, making your phial blast even stronger.

Near the end of Master Rank, marking by unlocking access to Guiding Land, you can face the infamous trio

These monsters will introduce you to the Guiding Land, a special place to gather end game material – which is needed to craft the final weapon on the weapon tree. These materials are also used to augment Master Rank weapons

The build set above is made from the awesome mhwbuilder from honeyhunterworld. You can check out her patron here, and use the tool at this link.

As for the build, I compiled base on the deep insight from mhwbuilds.net which is famous for his Charge Blade guide, make sure you drop him a visit!

Thankfully for me, I wrote this after the release of the Safi’jiiva. As in my latest guides on this Red Dragon, you can pick the three weapons from the rewards list. As all of the Safi’s Charge Blade are elemental ones, you can just pick one and tailor your build a little to your liking.

For some general use and comfy build, Safi’s Shatter Shield is currently the best Charge Blade. Below is a build that used the Safi’s ShatterShield.

MHW Iceborne will come to PC on 9 Jan 2020. For returning hunter using the Charge Blade, you can quickly start off Master Rank with Saber Maw, progressing and upgrade to Melting Grasp.

Depend on your liking, you can then pick any of the end game Charge blades above before the Safi’jiiva Siege.

Want to take a look at other weapons in Iceborne? 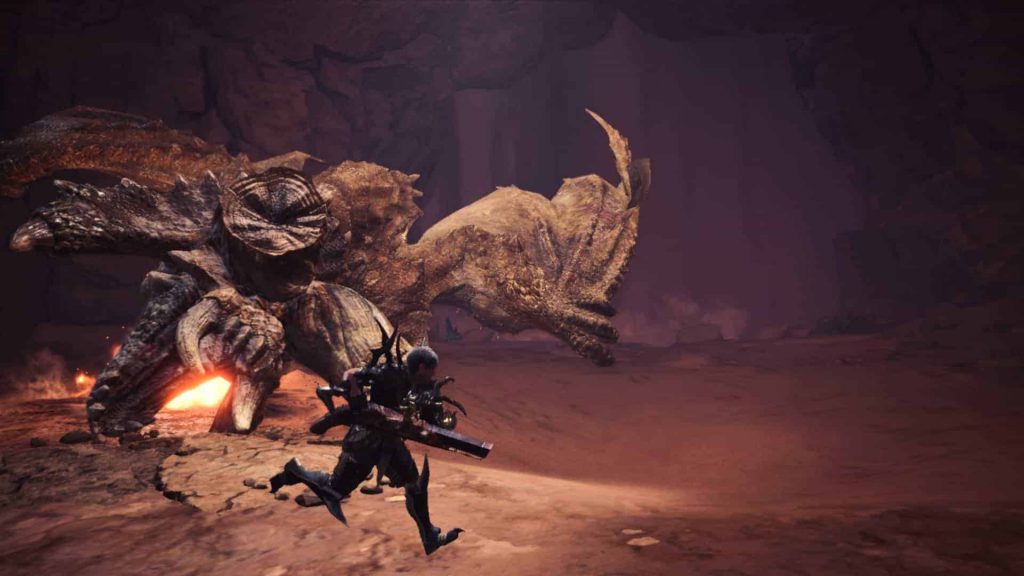