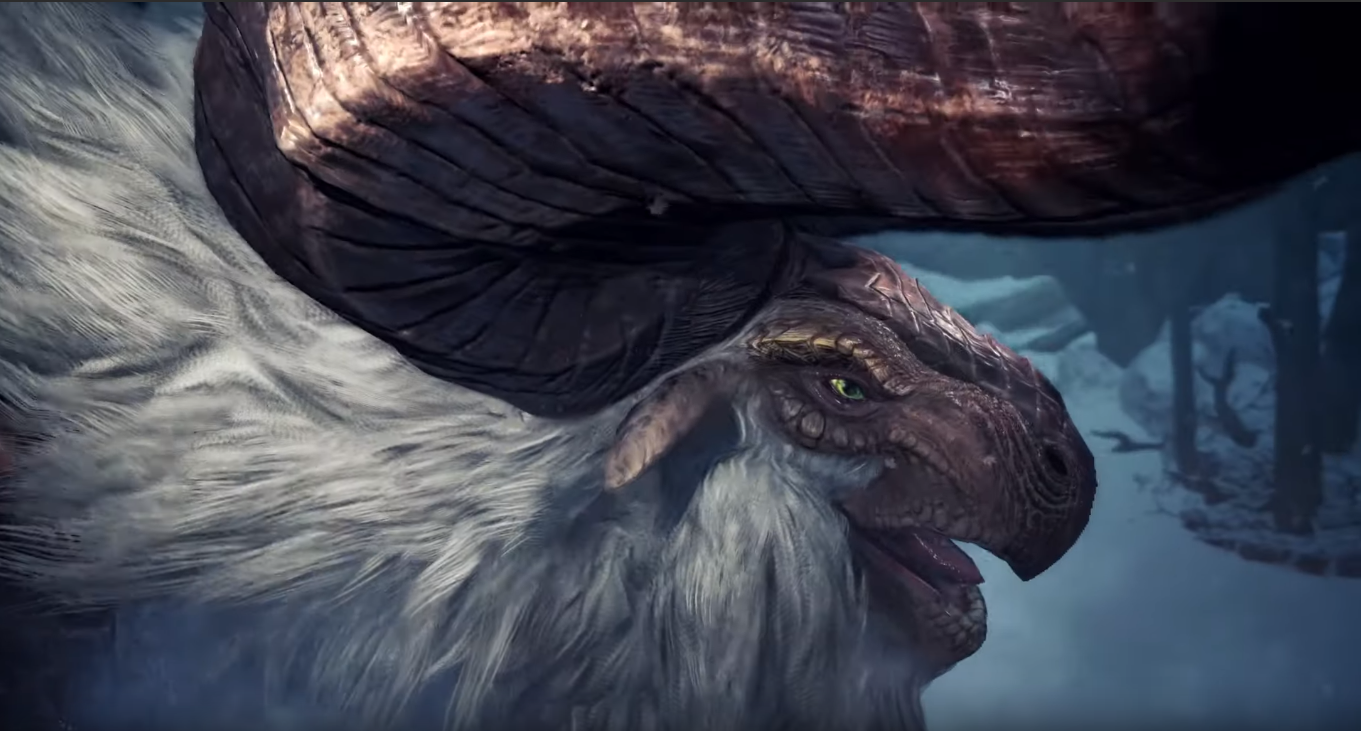 Similar to Monster Hunter World, Iceborne comes with both new and old monsters. One of the first monster you will encounter in Hoarfrost Reach is Beotodus, and Banbaro will follow right after that.

As both of the monsters served as an introduction to the new gameplay and environment, we will feature these two guys in the same guide. Now let’s get started!

Turn out the least hunted monster also has a sibling in the ice-cold map!

Beotudus is your very first monster to hunt when you start off the Iceborne expansion. This monster’s behavior is similar to the like of Lavasioth and Jyuratydous. Most of the time, he will be just around the snowy landscape and surprise you with his diving attack.

Unlike any introductory fights you used to before, This fight can be dragged to around ~40 minutes just like the first time you jump to Monster Hunter Low Rank.

This is due to the HP pool of this monster and the surrounding mechanic. The very first challenge with the Beotudus fight is the Ice Blight when you get hit by. This will dramatically eat away your stamina.

Beotudus has a 3 stars weakness to Fire. For ailment, Beotudus is susceptible to Blast element. I personally used a Sword and Shield blast build on this fight.

Banbaro is an antler-like creature (with a body structure of a Trex) and is categorized as Brute Wyvern.

This monster roams the Hoarfrost Reach peacefully until a hunter came in and tries to break his horn for a warm armor coat.

Banbaro is slightly easier to hunt than Beotudus, as he doesn’t like to hide in the snow. This monster’s specialties is to hurl big tree log at you.

When enraged, Banbaro will use his horn and go on a rampage by charging and pick up tree log in the environment to throw at you.

Overall, the hunt for Banbaro is pretty straight forward,

As all the armor crafted in Master Rank provide a greater defense compare to even the strongest armor in High Rank. If you already beat the Beotudus at this stage, make sure to craft some armor pieces from it to get a buff in defense. This will help you a lot in later fight with each Master Rank monster.

If you need parts from Banbaro, try to capture it firstly in the quest, and you can then fight him later on in the arena for the second batch of materials.