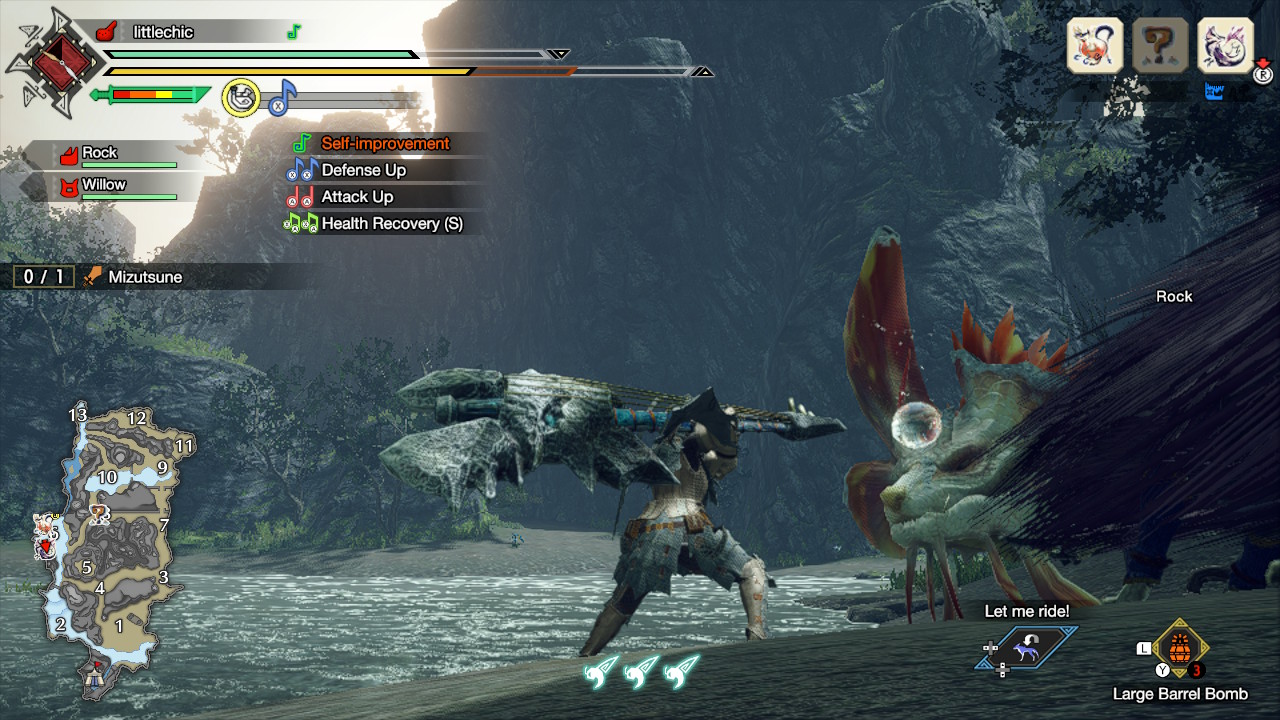 There could be a change to the popularity weapon list.

I picked Hunting Horn as my first weapon to try out in Monster Hunter Raise demo, basically to get it over with. However, it turns out Hunting Horn has the best update so far.

All of the Hunting Horn melodies and buff info are neatly placed under the HP bar. If you require an attack buff, simply follow the combo on screen.

Hunting Horn also receives several updates it’s moveset. The new move Magnificent Trio, allow you to line up a series of attack to trigger the final attack, which consists of multiple hits to deal a good amount of damage to the monster.

THe new Silkbind attacks for Hunting Horn are pretty straightforward, with … you can quickly close the gap while dealing some KO Damage in the process, this can also rack up your Binding meter to mount the monster later on.

The second Silkbind attack – is slower and leave you open to attack, but is pretty powerful and is a good finisher for downed monster.

The easiest combo to start with Hunting Horn is the Magnificent Trio combo, which requires a combination of Left, Right Swing, and the Overhead Smash.

Finishing this combo will allow you to perform the Magnificent Trio (ZR + X) This is your best tool to stun the monster quickly.

With the addition of Silkbind attack, you can combine these new moves to your combo to further increase the damage. Slide Beat is a great initiator. This lets you deal both stun damage and get the monster to the mountable state quicker.

Finally, once the monster is downed or immobilized, don’t forget to use Earthshaker for a devastating finisher!

Previously, Hunting Horn are often used in Support Builds and mostly famous for it’s buff. Even with the addition of new moves in Monster Hunting World, Hunting Horn still not get a proper position in the popular weapon list.

Look like Capcom has planned to change that, Hunting Horn gameplay in Monster Hunter Raise is pretty fast pace, you mostly don’t need to focus on the buffs and shifted the change to combo and deliver more damage.

Will Hunting Horn become one of the most popular weapon in Monster Hunter Rise?