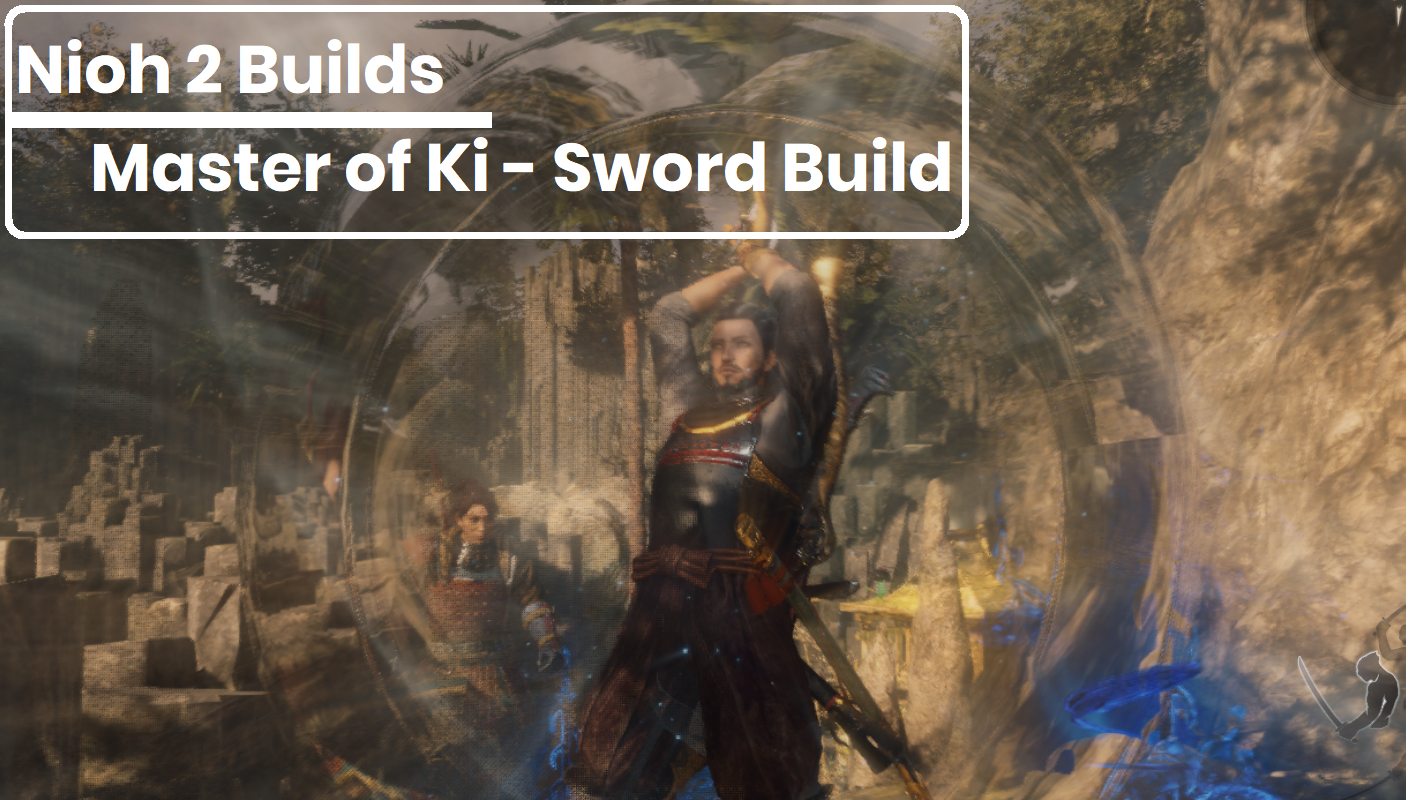 The Sword is one of Nioh base weapons (Spear, Kusarigama, Dual Sword & Axe) Sword is also very friendly for new player to the series. The Sword has a very fast attack speed, as well as powerful High Stance combo.

In Nioh 2, Sword still retain it’s old moveset and mechanic. If you are good with Iai Quick Draw way back in Nioh, you will feel right at home with the new Nioh 2.

After Lighting Switchglaive, Fire Hatchets and Water Odachi. I realize there is another talisman in the Onmyo Magic tree that haven’t got much attention – The Purification Talisman

The description is simple, it increases the Ki Damage to Yokais. Not much of an attractive option compare to stuff like Active Skill Damage, Melee Damage or any other skill that straight up increases your attack power. However, by depleting the Ki Bar to Zero, your attack can then stagger the Yokais, interuptting them from powerful attacks. Combine this with buff like Damage Boost to Zero Ki enemies, you got yourself a powerful affix that are left out to be used.

And did I mention there are not many monster immune to this “element”? On my playthrough, all Yokais can be inflicted with

I decided to integrated this Talisman to my Sword (Katana) Build – which use this Talisman and the innate ability of Sword to deal Ki Damage to enemy. At it’s best, you can do this.

Before the monster touch you, you will destroy it’s Ki bar and stagger them with every attacks.

Sword has a B+ Scale to Heart – which make this the primary stat to invest on to increase Attack Damage.

For every 15 points in Heart, Sword will get a +36 to Attack. Along with this, Ki and Ki Recovery Speed is also upgraded.

Ki has a B+ Scale with Heart, and C+ to Ki Recovery (Courage is the main stat for Ki Recovery)

With this, Sword is one of the weapons that has the most generous Ki bar. With some good Ki Pulse practice, you can never worry about the Ki bar for this build. On NG+ onward, you can also invest in Strength or Skill – both have a D+ Scale with Sword. This allows a combination with Odachi or Dual Sword is pretty usable for Sword player.

The main stat for this build are as below

Way back in the first Nioh, I published Raining Ronin – A Sword build that utilizes the Raining Sword Skill.

This build can still viable in Nioh 2, so if you want to go with that approach, the same armor set can still be used. However, this armor set is a little hard to drop. During my playthrough, I only obtained around three pieces of the entire armor.

Must have Skills for this build

Main Active Skill for this build

Must have Passive Skills

For this build, you can use the Atagi Sadmamune The main sword from the Kingo Armor set. This is to enable the set bonuses as well.

If you don’t have that Sword at the beginning, the Sword from the Master Swordsman (the Katana version) is a viable alternative.

The main option to aim for the Sword are the following:

In the beginning, you are good to go with light Armor, after that, try farming for the Kingo Armor – which has a good overall stat boosts for Sword.

The Kingo Armor set has a change compare to previous bonus in Nioh. At 6 pieces, you get Melee Ki Damage boosts, this is a must have for this build, as it further enhance your gameplay.

The ideal Magic stat for this build is around 70. However, you won’t reach this stat during your first playthrough. On Dream of Samurai, you are good to go with 30 in Magic, which is enough for you to have 38 Magic Capacity – enough to equip a full 4 slot buff and de buff.

For a quick look at stat caps on Character traits, check out my Nioh 2 Stat Calculator here

Below is the must have Talisman and skills for this build:

You can also try those Shikigami, which is super powerful to inflict Ailing Status to enemies and can inflict the

Other nice to have buff and Talisman

If you don’t worry about being a little overpowering, you can always try Sloth Talisman – which slows the enemies down. This is already nerfed and the duration on Yokais is shorter compare to the first time it is used, but this can be combined with Electrified status and still become pretty powerful.

After reaching 500,000 Onmyo Magic Profiency, you can go through The Nine Symbols Training mission and get the Mystic Art for Onmyo Magic. This is a must have for every Onmyo Related build

Depend on your liking, you can pick either of these Mystic Arts, I personally pick the first on as a faster casting time will give you some more time in combat.

As this build focus on Ki Damage, the Yumehami was picked. This is a new Guardian Spirit in Nioh 2. Aside from bonuses from Anima Bonus and Extended Yokai Shift, this Guardian Spirit provides you 20% to Ki Damage – a very generous boost compare to other equipment

With this boosts, your Sword Ki will have more powerful blast.

Before this Guardian Spirit, the Lighting bird Ame-no-Mitori is alway a good pick.

The best Soul Core for this build is Ubume Soul Core, which boost your Strong Attack Ki Damage by ~1.5% Her Scream can also deal a huge amount of Ki Damage.

Along with this, you will need Namahage Soul Core, which increase your damage while attacking Zero-Ki enemies.

Finally, if you don’t have other Soul Core to put on, the Magatsu Warrior is a safe pick with a focus on Active Skill Damage.

I found the easiest clan to pick is Takenaka. This has a bonus on Active Skill Ki Damage – which mean your Sword Ki has more power. The icing on the cake is Melee Damage on Ailing Enemies – which is a guarantee for this build.

At early game, as you don’t have all the Soul Cores and equipment for this build, you can pick any Light and Medium armor. The combo for Yokais are as below:

Around chapter 4 or 5, you can get enough equipment to start benefit from this build. As soon as the mission start, imbue your Sword with Purification Talisman, enhance yourself with Barrier Talisman and starting to cut through the enemy after destroy their Ki bar with Sword Ki.

Remember to use Iai Quickdraw when their Ki bar is depleted – this is to trigger the bonus damage on Zero – ki Enemies.

Dream of the Strong Playstyle

On Dream of the Strong (NG+) You can invest more on Magic. At around 70 Magic, your buff will last longer and have more power against the enemies. After that, pick a secondary stat like Strength or Skill and go on with your next weapon

ethugamer April 4, 2020 No Comments
A coffee for the writer! Check out Nioh 2 Builds List here (Will be updated periodically) The Odachi is one of the two DLC weapons of Nioh. …
Read More

This is one of the most interesting build I have so far since the release of Nioh 2. With the power from Sword Ki and the active Ki Damage boost, you can destroy the Ki bar in matter of second, leaving the Yokais open for powerful Iai Quick Draw.

On Dream of the Strong, with more focus on Magic, you can use other Talismans as well to power up the gameplay one step further.

Before this, check out my previous Onmyo Magic Build for Switchglaive, Hatchets and Odachi.