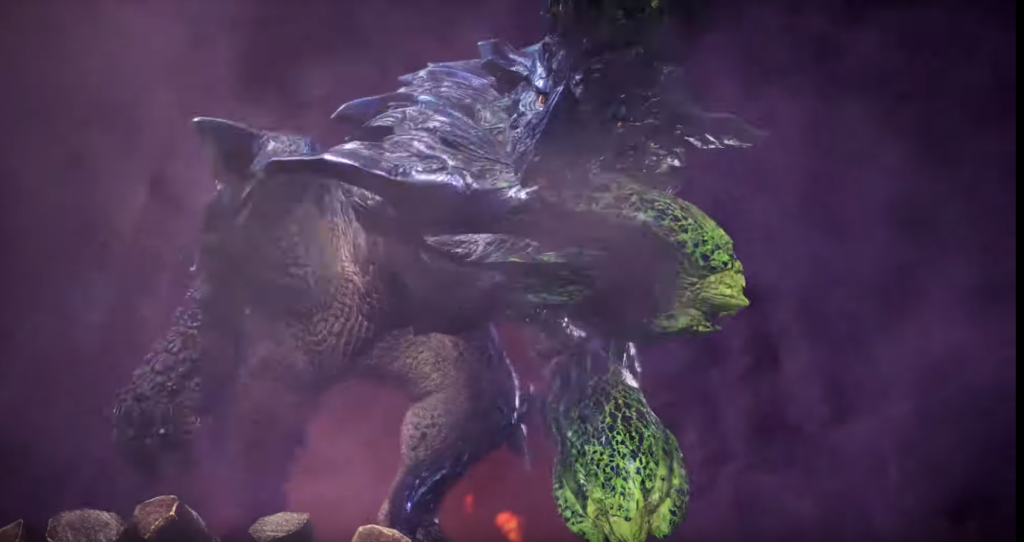 Brachydios – the slimy explosion monster has returned to Iceborne. He is still the big bad angry dinosaur that loves punching his way out of the hunter’s sword.

Started in Rotten Vale with the quest … After a quick introduction to the explosive nature of this monster (And the poor Uragaan death), you will then face him.

If you are not ready (like me) prepare time for a lot of rolling. Each of Brachydios’s attacks will inflict Blast blight to you and will explode after around 10 seconds. This can be shortened by getting attacked by him during the process.

Most of his attacks cover a wide distance and deal blast blight as soon as you get hit. Even stepping on the slime result in the blast build up. Rolling (X/A) will negate the blast blight ailment but will cost you some stamina as you need 5 rolls to get rid of it.

Flash pod can be used to give you some breathing time and pop that Mega Potion. Just as Glavenus or Barioth this slimy monster has a lot of HP compared to what you often see in HIgh Rank.

The easiest way to face this guy is to slot in Blast Resistance jewel. This jewel will nullify blast element build-up (You are still susceptible to explosion damage) And you can stop rolling and focus on attacking the green slime beast instead.

The Brachydios Armor set will give you the bonus skills Agitator Secret with increase the Agitator Armor Skill Level to level 7 – further enhancing this skill.

And did I mention the weapons make by Brachydios material?

The Brachydios Weapon tree is one of the best looking weapon trees in MHW Iceborne! Some original design return in full glory!

Will be updated with images

While we are at it, the weapon designs in MHW Iceborne leave out a lot to be desired. With respect to the developer, some weapons design does look pretty cheap. Which are just a reskin slap-on design from the initial ore or bone design.

Gaijin Hunter (A very seasonal monster hunter player and streamer) has posted his thoughts on this matter, which also cover all the Brachydios Weapons!