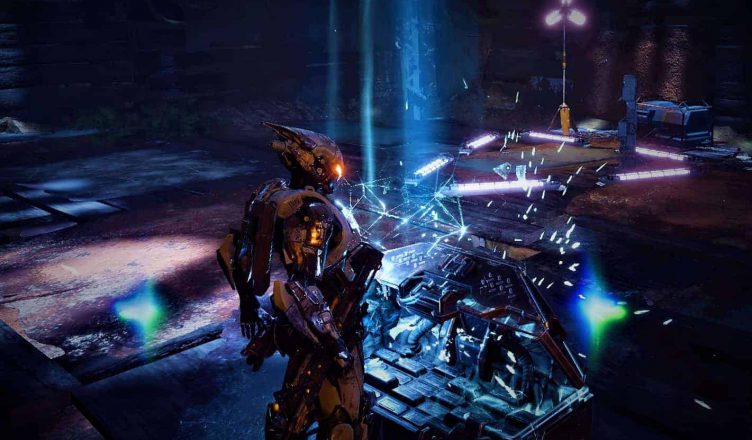 I didn’t write much on Anthem in the past few days. The reasons? I could not get past the title screen guys… Playing on my PS4, I encountered All those “Connecting to Live Services”, “Unknown Error”, all of those that you constantly getting while playing Anthem. Turn out, it is not just me though. Some players also reported the issue

The best part of Anthem lie in its gameplay mechanic, but right now it is heavily covered in the dust of bugs and balancing issue.

Apparently, this isn’t new to Anthem. Just after everyone played the pre-ordered version of Anthem, the “normal players” are greeted with a big update (10 GB) called “Day One Patch”. This patch covers the gruesome boss call “loading screen” and various UI and skill damage fix.

You can check out the Day 1 patch notes detail here

The most recent update of Anthem currently is 28 – Feb Updates. This is actually a first part of the update to the loot system. The promise is to reduce the material to craft Masterwork Items and also Removing all Common and Uncommon Drops when players hit level 30. While the first part is already delivered in the 28 – Feb Updates. Look like we still have to wait for the second one to drop.

Along the way, thanks to the actively and somehow forgiven community of Anthem players on Reddit. Players continue to find issues and pointed out to the devs. The most wanted fix right now is the Looter part in the Shooter-Looter focus game. Yes, it is quite a bummer.

While I totally don’t agree with the current state of the game and how all these issues managed to get past the QA process of million dollars companies. At least, we can see the devs still connect with the fans’s opinion and ideas. The most recent thread from Reddit user u/o1_Iconoclast sum it up pretty nicely:

The Dev Stream was Authentic from AnthemTheGame

With the live stream, Anthem devs also give out details on the next big patch. While the official details are not there yet, the following “big” issue will be addressed:

Should you play Anthem?

With Anthem current states, If you already pre-ordered and playing this game, your best source of information is actually the Anthem Reddit Thread. To me, this has become the brainstorming section of upcoming enhancement, and loot fixes for developers. Players also actively sharing tips and discuss upcoming changes for the game.

This kind of interaction is rarely seen in the gaming community. This is thanks to Bioware’s reputation in the last two decades that make players keeping faith in this interesting title.

I myself pre-ordered Anthem out of the love for Mass Effects and Dragon Age series as well.

If you haven’t picked this title up yet, then well, I suggest you should extend the waiting to another 6 months (at least) so you can have a better look at where this train is going. The best part of Anthem lie in its gameplay mechanic, but right now it is heavily covered in the dust of bugs and balancing issue. Let’s just hope a wind of changes will somehow lift up this game for us to finally enjoy jumping in the high tech armor and delivering those rockets.