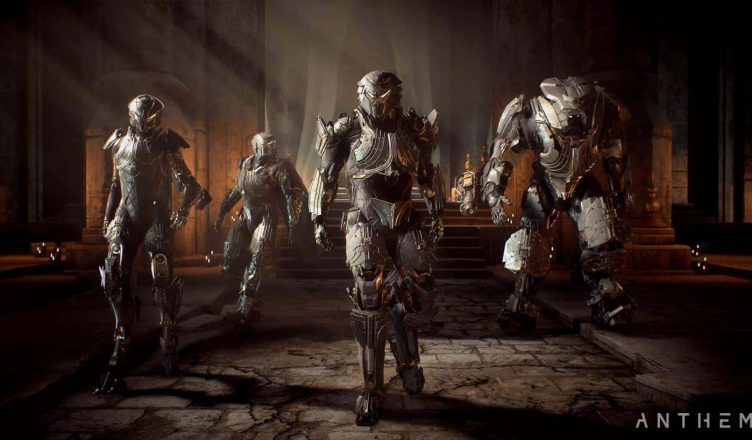 In my previous post, Anthem When Guns Meet Loot Again I have summarized some of the key points of Anthem – the upcoming action RPG from Bioware. While we have a glimpse at how the loot system work. During the Progression live stream, the developers of Bioware also shared some interesting details on the equipment that I haven’t cover enough details in the last post. Let’s fill up the void today.

Loots rarity and how to get it 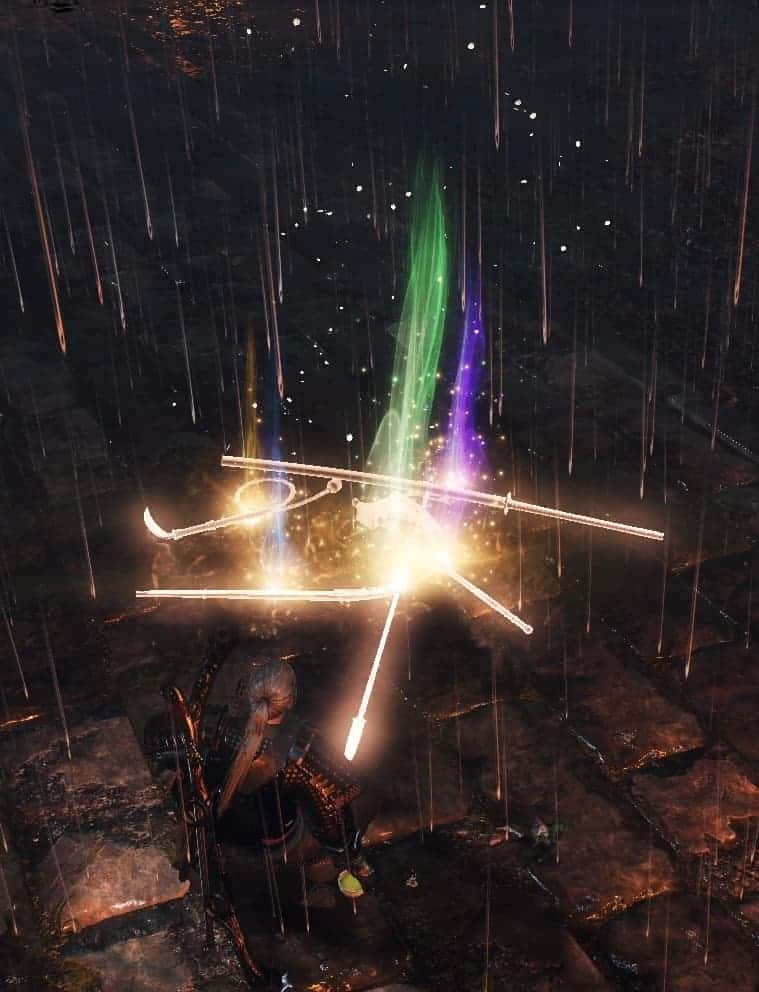 From the latest update of the developers on the topic of progression in Anthem. Bioware confirmed that the loot systems of Anthem will be RNG Base (Random Number Generator)

RNG Loot – Whenever an item is dropped, the stats (or affixes) of the items will be picked randomly in the “pool”. Depend on the rarity of the items, this option pool will varies with different options. At the time you pick that fancy sword/ guns, you have yourself the stat that rolled that day depend on your luck.

In Anthem, current rarity has been divided into the following: By equipping weapons, gears & component, your Javelin rating will also be increased (indicating on the top right “Gear Score” at the loadout screen) While the purpose of this is not quite clear yet, it may either be used for matchmaking or just to decide if you are powerful enough for certain zones (At least it is my wild guess) 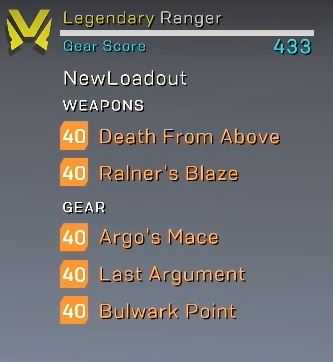 All of these fancy (and most of the time – trash) equipment will come in the type of drops during gameplay – as most of the titles work. Anthem also endorse a crafting system, where you can gather the material needed for crafting yourself a fancy weapon. We will also take a quick look at crafting down below.

One of the aspects that make the loot system great is the way it offers different setup of the character or so-called “builds”. With the classic like Diablo series, builds is associated with armor parts like helms, gloves, leg armor fancy weapon, and other decorations. With the setting like this, does Anthem also offer this feature? Luckily, the answer is Yes. Anthem offered the chance to build your character via the Components system, where you can mix and match certain pieces of equipment to get the stat needed for your next battle. 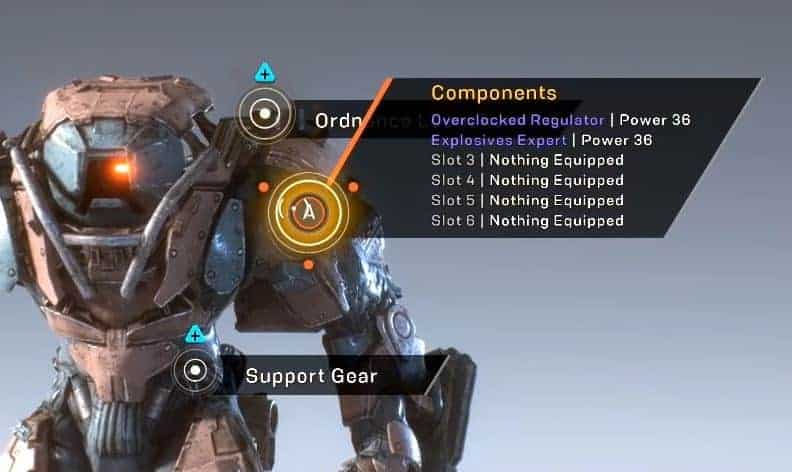 There are six slots of components for you to match up the parts needed (given that you have the parts) This setup will compensate for the lack of armor parts in this title.

These components are also under the affect of rarity just like weapons and other items, and each parts will have its own special effect. Depend on your build, these should be your main focus when it come to build up a Character

To me, crafting exist to remind people that they never get anything they want in life – even in a video game…

Crafting is already confirmed briefly in the Progression Stream of Anthem. However, we haven’t had a chance to look at it personally. The first impression shows that it should be the same thing as in other titles employ similar mechanic. Crafting is another way to get yourself that equipment part that somehow never drops for you. This is also a quick way to access the “pool” we mentioned early. Similar to dropping an item, when crafting, depend on the blueprint you get (I assume blueprint in Anthem also come with the rarity level) you will have access to the corresponding affix pool and roll yourself a decent rifle or components. And last but not least, the only way to have better stats is to craft that very same piece of equipment one more time and try to depend on your luck next time. Again, if you already played Nioh or Diablo series, this is more or less of the same thing. Let’s just hope it’s will not be exploited to become some cough..Mic.. Transaction…cough

Difficulties and tie-in with loot drop

Of course, you will not pick up that Orange item the first time you jump on them Javelins. These loot drops will closely tie with the difficulties in the game. Starting off with the classic Easy Medium & Hard. After that, assumingly you finished the story content and reach level 30, the remaining three difficulties are unlocked – Grand Master I, II, III. These are considered end-game content and will yield better loot (As they say) There will also be some special Challenge and will reward the players with loots as well. Finally, the loot drops will have a strong trend toward the Javelin you are playing. If you are currently playing as Ranger, most of your loots will be for that Javelin.

So it’s clearly another loot base RPG titles with some interesting tweak here and there. Pretty sure this will need some little grind to get yourself a good build. But let just be patience and hope for a better future!

Anthem will have the first beta on January 25 – 27 (https://www.ea.com/games/anthem/news/anthem-vip-demo) Only for the one that pre-ordered the game

The second open demo is on Feb 1 – 3 and our hype will finally be over with the launch of the game on February 29. Check out the information about Anthem Demo here The post contains images from developer Livestream and from EA Anthem official websites.