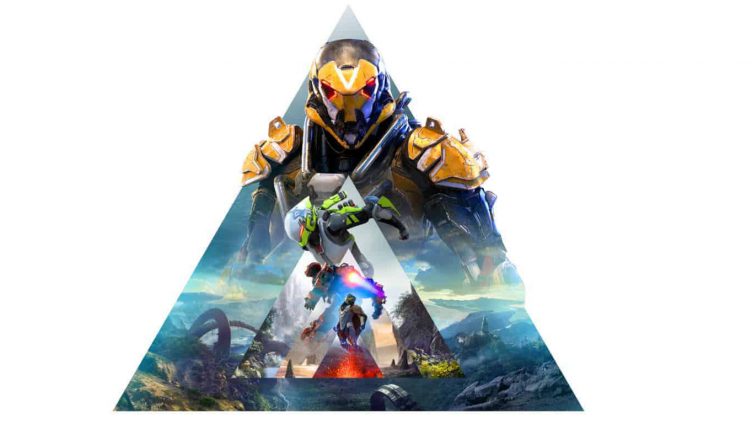 I love RPG Games. A lot, and I write slowly… 🙂 The fact that this site still got an average view of 10k is still a miracle. I don’t write much in the past few months. But recently the announcement of a gem (Hope it’s really a gem) catch my attention. This Scifi shooting-looting formula is definitely not just come out recently, with the flood of titles like Tom Clancy’s Division or the more renown Destiny franchise, we will definitely not run short on those classic loot drops, but what makes Anthem promising?

It’s more or less because of the developer – Bioware – a video games giant when it comes to RPG Games. With its root span from the 90s with the classic title like Baldur’s Gate or most recently the Dragon Age series and the space odyssey Mass Effect (Mass Effect 3 is still the worst in the series – but it’s another story for another day) While there is many dedicated topic and thread out there for this seem-to-be a great game. I have personally taken an interest in this sci-fi shooter and have decided to cover it on my humble site.

The best way to build a sci-fi world is to put it in the future. With the latest trailer, Anthem reveals to us the world in which the game is built on. You are the descendant of the Legion of Dawn, the first peoples to utilize the Javelins – the powerful that helps human to stand a chance with the raging creatures in the future worlds. Years passed since the of General Tarsis, now the Javelins are used by Freelancers – the pilots in Anthem world to protect the humans from threats overtaking Anthem. With this setting, Anthem is to be played with peoples, and Bioware also confirmed this with the motto “Our World | My story” in their advertisement and press conference.

However, I still hope that there is still room for the players that prefer some solo experiences.

We already got passed the generation of super soldiers that swamp the movies and video games, the world tend to prefer something more realistic and easy to believe.

Introducing the medium of super-soldier – “The suit”(I am looking at you, Crysis…) Not sure who got the spark on this setting but power suit or “” has been the trend lately when it comes to the future warfare.

Here, Anthem also employs this mechanic with “Javelin” – a type of armor that enhance the ability of the people control it (They are called pilots – yes, that is what it called, a small resemblance to Titanfall?) Using this mechanic, Anthem also make up the classic class-based character within these fancy suits. Upon release, there will be four main Javelin Types:

Players will start with Ranger, and the other types of Javelins will be unlocked in progress of Story missions. It also worth mentioned that Javelin can be swapped in-game at “Stronghold” a base camp mechanic in Anthem. This means you are not bound to any Javelin types as you progress through the game.

While Javelin is your main arsenal for surviving the harsh environment of the future, weapon and gear is also a critical part for this journey. Similar to other genres, Anthem come up with the load out mechanic. For each Javelin, you can equip a variety of weapons and gears that help enhance the Javelin’s abilities. Not stop at simple weapons and gear, Anthem also introducing the “Components” system, which is set at the loadout screen. In this menu, you can swap in and out wide range of components with specific bonus and options to suit your playstyle. Want to have some more damamge with explosive and bombs? Pick up that bombardier components. Need to hop on the air a little more often for support? Swap in the fly time bonus components and you are good to go

I will surely put up a post to discuss the history of loot in video games in the near future, but we are not sure since when that the sound of loot drop has became an addiction to many gamers around the world. Anthem is also not out of this equation, all of the gears, weapons components you received will be susceptible to the rarity system of the game, starting from Uncommon, to the Epic version of the items. In Anthem specifically, beyond Epic is the Masterwork and Legendary tier of loot.

With that in mind, the entire loot system is also RNG Based – meaning each time you see a fancy , it will go through the whole process of “rolling” through the affixes pool and finally give out the options on the items. If you played games like Diablo or recently Nioh, it more or less the same system. The pool of affixes will expand the further up the rarity tree

It also worth mention that this loot system is also under the effect of your current level. Epic and Legendary items will start to drop near the end of the when your character is high enough. Crafting is also a mechanic that has been touched in Anthem, in which some of the items will come up with blueprint (or recipe) which you can achieve as a quest reward and crafting yourself that fancy rifle that never seem to drop for you. In their walkthrough the developers also stressed that this is most like a “supplement” for the loot systems, as their main focus is to make you get the stuff you want via the battlefield. It’s really scream “Oh, so another grindy title for me to pickup eh.” Yes, that’s does sound a little overwhelming to me as well, but well, we all know it, that’s the point of RNG system. All of this information is derived from the developer  for the progression system. I will put up another more detail post on the loot system of Anthem shortly.

At first look and many gameplay revealation, Anthem feature a third person action camera – a clear distinction from the Destiny series. Our Javelins can walk, fly and run effortlessly with the manuever of the pilots. Anthem still embrace the classic HP & damage system and we can see the number ramp up on the screen as soon as bullet hit the target.

In their most recent stream, Anthem introduce the Stronghold system, where group of players can participate and clear out the enemies in this base-like level, fighting the boss of each Stronghold and finally share the juicy rewards. Stronghold – a way to enjoy Anthem combat

But knowing Bioware, we can clearcly see many tweak to combat system that got inspire from past titles. One of these is the combo system – in which each Javelin will combine an attack to trigger special effects after any successful combo. The icing on the cake is Javelin’s Ultimate abilities – devastative attacks that can clear out multiple enemies at once and put that tough as nail boss to eternity.

Anthem will have the first beta on January 25 – 27 (https://www.ea.com/games/anthem/news/anthem-vip-demo)
Only for the one that pre-ordered the game

The second open demo is on Feb 1 – 3 and our hype will finally be over with the launch of the game on February 29. Knowing Bioware, we can be certain that the RPG mechanic of Anthem surely look and sound promising. While I am still skeptical about the current “partnership” of Bioware, but looking at the healthy support and information from the developers in the past few months (in term of live stream demo and playthrough with certain Javelin types while explaining Anthem mechanic) We can surely hope for a birth of a new franchise to the already growing market of looting sci-fi shooter. The post contains image from livestream and from EA Anthem official websites.